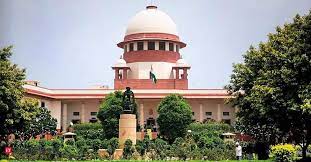 NEW DELHI: A minor son’s wish to donate his liver to save the life of his critically ill father remained a wish despite the urgency shown by the Supreme Court, to deal with the legal yet emotional issue as the patient passed away within 24 hours of the hearing.

On Friday, a bench led by CJI U U Lalit had directed a responsible officer of UP health ministry to remain present to examine the issue — whether in such a situation the law could be bent a little to allow the minor to donate liver for his father as only adults are permitted to donate organs.

While posting the matter for hearing on Monday, the CJI-led bench had also ordered that the minor son can be tested by doctors to determine fitness for liver donation.

Advocate Garima Prasad, additional advocate general of UP, informed a bench of Justices Sanjay K Kaul and A S Oka on Wednesday that the patient, who had been on ventilator since September 5, breathed his last on Saturday.