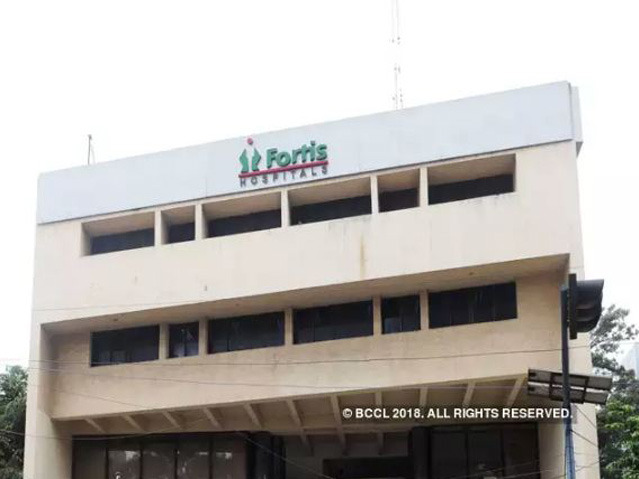 Mumbai: In a move which could attract shareholder ire, the board of Fortis Healthcare rejected a proposal by Manipal Health Enterprises to allow all competing bidders three weeks due diligence on the troubled hospital chain, people directly aware of the matter said.

The original bidder Manipal, in a letter to the board on Thursday, said it was willing to waive an exclusivity to facilitate due diligence if an option to match the best offer was provided.

The board of directors did not entertain the proposal pointing out that India’s second-largest hospital network didn’t have enough time to deal with non-binding offers given its precarious financial situation, sources added. Manipal, in the letter, also said it was ready to extend immediate loans to ensure smooth running of the hospital network, they added.

The development would pile up investor pressure on an embattled Fortis, which has been targeted by activist hedge funds. Some investors have sought a transparent, time-bound sale process to unlock best value for shareholders.

“All communications received with regard to the bidding process were evaluated by the board. The letter from Manipal was also tabled and examined. The two points were not the only contents of the letter. It was a full six-page document, detailing all the conditions, the content of which is strictly confidential and hence cannot be shared,” a Fortis Healthcare spokesperson said.

Two large shareholders, East Bridge Capital and Jupiter India Fund, which have together amassed over 12% stake, sent notices on Wednesday to call for an EGM to remove four directors on the Fortis board.

The company’s board decided to form a committee to evaluate only binding offers and make recommendations to be considered by it on April 26. This reduces the bidding fray to just Manipal and a joint offer by the family offices of Munjals and Burmans, which owns Hero MotoCorp and FMCG major Dabur respectively.

The non-binding offers from Malaysia’s IHH Healthcare, China’s Fosun Health and Radiant Life Care, which is backed by KKR & Co, will not be under consideration as of now. Radiant offered Rs 165 per share, while IHH has indicated Rs 160 apiece. Manipal placed Rs 155 per share and Munjals and Burmans are offering nearly Rs 162.

IHH and Radiant have sought time for limited due diligence to make a binding offer.

Institutional Investor Advisory Services (IIAS), a proxy advisory firm, has said that even though there are several offers on Fortis’ table, “the board is not pushing them enough”. The firm said that investors should pressurise the board to be bold so that the best deal maximises value for shareholders.

“The board needs to rework how it approaches the various bidders and for it to open up the bidding process. This is not without its risks, but Fortis’ board needs to ensure that shareholders realise the full potential of their investments,” IIAS said in a report.

The Fortis board needs to put together a vendor due diligence document for all the bidders, which would flag all relevant issues. IIAS also pointed out that Fortis investors do not trust the existing board and are seeking a change. But till then they need to dialogue with the existing board, and communicate how they expect the board to act under the given circumstances, the report said.