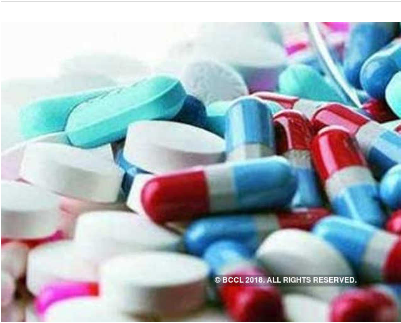 Mumbai: After months of lacklustre performance, the domestic pharma retail market rebounded to a strong double-digit growth rate in May, driven by volumes and new launches. Expanding 11%, the domestic pharma market mopped up overall sales of Rs 1.2 lakh crore ($17 billion) in value terms, having finally recovered after the GST impact last year. The implementation of the new tax had resulted in muted growth for the industry, as inventory de-stocking at the pharmacy and stockists’ level hit sales.

The development assumes significance as growth had not crossed 10% since April 2017, industry experts said. They added the robust trend would continue over June and July. The next two months have a benign base of 0.7% and -10.9% due to GST-related de-stocking, which should drive healthy growth, they said. Among the therapies, anti-diabetic, derma and respiratory segments saw strong growth, while anti-infectives, gastro and pain relief were weak.

Growth over the past year has been mainly driven by volume and new introductions, with pricing having had a negative impact. The market recorded 6.8% growth (on a moving annual total, or MAT, basis) for May, of which 4.4% was driven by volume and 4.5% by new launches, while pricing had a 2.1% negative impact, data culled from healthcare market research firm IQVIA said.

Major companies also registered considerable growth, with Glenmark and Lupin outshining the rest, while Sun and Torrent were weak. Glenmark posted a growth rate of 14.4% — the highest in the industry, followed by Lupin at 13% year-on-year (y-o-y) in May.

Glenmark president (India, Middle East & Africa) Sujesh Vasudevan said, “The India pharma market has rebounded during April and May. We are seeing good momentum across therapeutic categories. The pick-up in demand will spur industry growth. As an organisation, we continue to remain focused on our core therapy areas and thus will continue to remain one of the fastest growing companies in the India market.”

Sales of Sun Pharma, which has the largest market share, grew 6.3% y-o-y in May, marginally better than the past three months and lower than industry growth, says a note from CLSA. Cipla sales grew 9.4% y-o-y, driven by 13% growth in the top 10 products.

In terms of new launches in the month, 24 brands were launched in vitamins and minerals, 13 in anti-infectives, while cardiac and derma had 11 brands each. Among top brands, sales of Sun Pharma’s pain-relief medication Volini grew 7.8% in May — the second consecutive month of growth after several months of decline, while anti-diabetic treatment Huminsulin has emerged as Lupin’s second-largest brand, witnessing a 20% y-o-y growth, the data said.