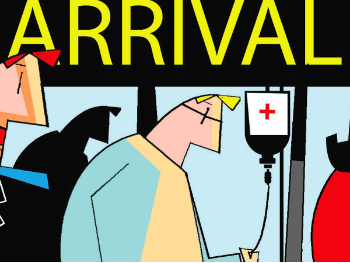 NEW DELHI: The ministry of home affairs has eased visa procedures for travellers to India who need medical treatment to reduce the inconvenience involved.

Foreigners with long-term visas of six months and more need not convert these to medical visas for treatment of minor conditions that only require outpatient consultation.

For sudden illnesses that require hospitalisation of less than 180 days, foreign nationals or their representatives have to approach the Foreigner Regional Registration Office (FRRO) and submit a medical certificate from a recognised hospital with information about the recommended treatment and its duration.

The FRRO can grant a medical permit of less than 180 days against a fee. In such cases, the primary visa will not be cancelled. The government circular said foreign nationals on valid visas were facing difficulties in getting medical treatment in India when they fell ill and were being asked to convert these before being admitted to hospital.

The changes are intended to facilitate such treatment. Tourism industry executives said the move could be directed at travellers coming to India with health reasons in mind and could give India’s medical tourism a boost.

“The hospitals also overcharge overseas patients at times and may be more demanding,” said the head of an inbound travel services firm. “Instead of sending them back, the government is thinking of facilitating their treatment, which is a generous action.” Dependents of the principal visa holder will also not need to obtain a medical attendant visa in such cases.

The revisions will also be applicable to those holding short-term visas of less than six months with the following differences: In cases of conversion of a short-duration visa into a medical visa, the primary visa will be cancelled. On acquisition of a fitness certificate, the foreign national will be granted exit from the country.

Foreigners holding X1visas (person of Indian origin, children of an Indian citizen/OCI cardholder) and X2 visas (spouse of an Indian citizen/OCI cardholder) will be allowed to avail of treatment without converting their existing visas into medical visas and without seeking permission from the concerned FRROs. The ministries of tourism, health and family welfare as well as state and union territory administrations have been asked to disseminate the information widely.