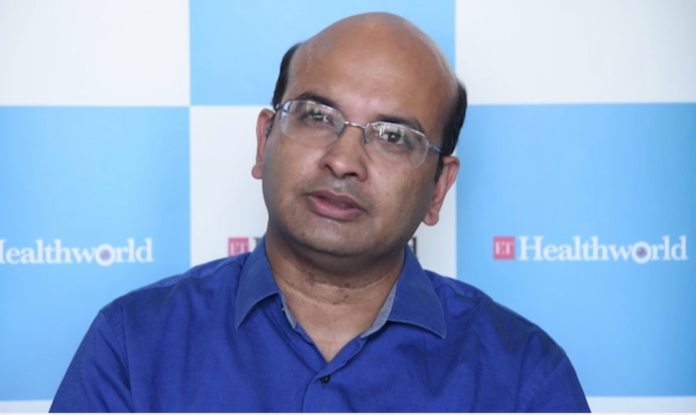 All other branches in pediatrics or in adult medicine, actually now people are starting from investigation and then going back to the patient and seeing him. But in child neurology you just cannot do it, you have to stay with the basic tenets of medicine as you talk to the families about the symptoms, about what science is, and then you decide about the investigation which is so relevant in our country.

You cannot really investigate a lot even if you wanted to because of the financial issues so that was something which interested me, a disease which is not known to you but as you take the history,examination, you are able to reach to a diagnosis, give it to the families and then you take it forward and there was so much happening in child neurology as for investigations, testing specially genetic testing which had reached to a level to help us find a diagnosis in child neurology that’s why I took it.

When I was in PGI Chandigarh where I did my pediatric training there and at that time the training in Child neurology didn’t exist in India so I had to move out to UK and there I trained in child neurology and in fact going to UK itself because when you go to a new country the social aspects, the clinical aspects everything is so different from what you do it in India.

It was an eye opener and I was lucky enough to be trained by very good child neurologists there and was also having access to many investigations which didn’t exist in India at that time so your eyes can see what your brain knows so that’s why you could see diseases, diagnose there which trains you everyday and then at the time I thought that I should apply this knowledge and come back to India to help the people here so that’s what I did afterwards and I came back to India after my full training for around 9-10 years I was there in UK then a year in Melbourne and then I came to India to do child neurology.

Child Neurology : Trends
In India, child neurology is still in the early stage. You don’t have many child neurologists and then many more child neurology diseases. I will give you an example- Severe epilepsy called infantile spasm and we accumulated our 3 years cases, In India there were 120 cases and my colleague in UK, accumulated for whole of Scotland and they were 32 cases. So the diseases are 4-5 times more…… then overseas in the western world and you compare the number of child neurologist in Scotland for those 32 cases are 15 and in Rajasthan there are 3 child neurologist. So the population of Rajasthan is the population of great Britain so there is the difference. So the diseases are more but the doctors to treat them are not there and the diseases are very different at times, there were more neurological infections in India so they have more genetic problems. we do have them but more infections.

Child Neurology : Role of Genomics
In Child Neurology it’s come in a big way, if in my outpatient clinic if I would see 10 patients, 4 patients out of 10 definitely need help from genomics to make a diagnosis. So it’s not that In India everything is about infections, there is lot of genetics in neurology and our aim should be that if we can make a diagnosis for a child we can tell the future to the family and we can prevent that condition from happening again. I have had patients where four siblings have been affected by the same disease because we couldn’t find the answer and neurologically affected the families are destroyed and they cannot do much but if we can find the diagnosis, we can prevent it from happening, so genomics is very important.

I am thankful to Medgenome because they helped us for a genetics project which we recently did in collaboration with Royal hospital for Sick Children in Glasgow. there was a medical student who came from there last year to sit with me and she found that in this particular type of condition called infantile spasm which is a form of severe epilepsy in children. In India there were lot of children who didn’t have an answer why it happened. Together we made a project, where we compared the cases, what are the genetic causes of the severe type of epilepsy and Medgenome was very kind enough to give us research grant.

Around 40 cases we tested and for each case the test cost round Rs.1,25,000so that comes to around 1500 pounds per patient and the patients otherwise will had to pay from their pocket and they would never have reached the diagnosis because they can’t afford it so we did it. We found new genes which was responsible for spasm in India which were different from UK and the families were helped because they had a diagnosis for their child and they could prevent this problem from happening again in the next child.

Child Neurology : Challenges & Way forward
The most important challenge is the challenge for doctors themselves, knowing about genomics, the role of genomics in pediatrics in Child Neurology medicine. They need to be aware that if there are test available in India which we can do to find the name of the disease which can then be prevented from happening in the family again. But then the second challenge is even if they would go that far the parents cannot afford the test. As I told you, out of ten cases four cases need genetic testing, of these four if I ask them to get the genetic testing only one will agree to get it done because they cannot afford it. So the affordability is a big issue.

The awareness and then testing which if is available through the government sector then it will be great so that you can really benefit a lot of people. So the government itself should get in touch with the best genetic companies which are doing the testing and through them subsidize the cost or take up the cost themselves. Insurance company and government have a role to take it forward.