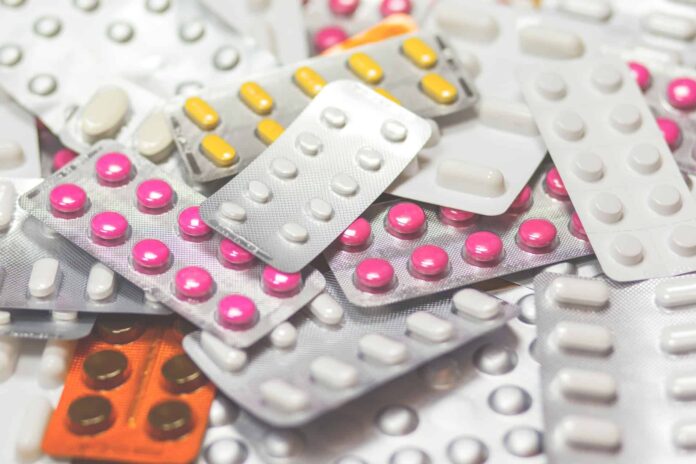 Lucknow : In the wake of upcoming elections in UP, the Lucknow unit of Narcotics Control Bureau (NCB) seized a big cache of pharma drugs worth Rs 30 lakh from Bahraich on Wednesday.

A senior NCB officer said that teams have been deployed in sensitive areas to curb illegal diversion of narcotics and psychotropic substances across Indo-Nepal border.

Based on specific intelligence, NCB seized a huge cache including 4,237 tablets containing alprazolam, 2,665 tablets containing nitrazepam, 5,530 tablets of tramadol, diazepam and pentazocine injections and 4,471 bottles of codeine-based cough syrup. All of it was worth Rs 30 lakh.

Those arrested were identified as Anil Mishra, Govind Verma, Ishtayak Ahmad, Ghalib, Shiv Kishor and Radhe Shyam Verma, all residents of Bahraich. NCB sleuths also recovered Rs 1.75 lakh, and Nepalese Rupee 59,000, which was seized in this operation. A source in NCB said they had been receiving the information of trafficking of narcotics psychotropic substances near Bahraich.