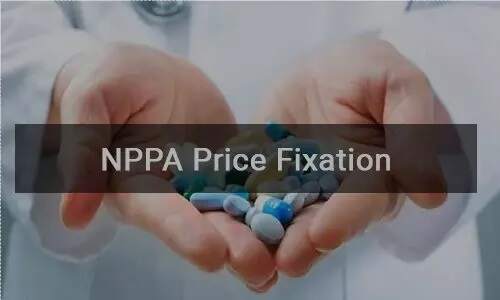 New Delhi : The National Pharmaceutical Pricing Authority (NPPA) has finalised a framework for undertaking suo moto correction in the prices it has already notified, if it comes across any error after they are notified and are duly cross checked with reliable data.

The Authority has said that it has come across a few cases of data inconsistency or errors in the Pharmatrac database provided by AIOCD-AWACS, normally falling into the categories.

These include error in pack size of formulations, for example, pack of four medicines shown as one in database; formulations apparently not available in a relevant subgroup but recorded under a separate subgroup by Pharmatrac and price fixed by NPPA ignoring items in that other subgroup. Error in database might also occur when wrong PTR reported in Pharmatrac, such as PTR higher than Maximum Retail Price appearing on web sources, and later on the same is rectified by Pharmatrac. It has also come across a few cases where there are typographical errors in the Pharmatrac database.

Such inconsistency or errors may not be always ascertainable at the time of calculation of prices despite exercising appropriate rigorous verification process and therefore, prices are fixed based on available data and in case, no representation is received, the prices after approval by the Authority are notified, observed the NPPA in its recent meeting.

The Authority meeting observed that such issues had to be rectified as the primary function of NPPA is to ensure that pricing of the formulations is done correctly as per the provisions of Drugs (Prices Control) Order (DPCO). It is also in the interest of the public to ensure that the drugs are priced correctly so as to avoid their overpricing or underpricing. It noted that the DPCO, 2013 also does not prohibit NPPA from taking any corrective action once an error is noticed. The Authority also sought the opinion of its Legal Division in this matter.

After detailed deliberations, it has decided that suo moto action may be taken by the NPPA for carrying out correction even after the notification of prices, only in the case where such errors are duly acknowledged by Pharmatrac and corrected data is confirmed from the companies. Other conditions for such suo moto action is that there should not be any deviation from the pricing methodologies being followed by NPPA and no review proceeding is pending for the subject formulation.

The corrected working sheet shall be uploaded on NPPA website for 10 working days for comments, if any, it added. In case of non-receipt of any comments or after addressing any issues received on the revised working sheets, the same shall be placed before the Authority for decision. In those cases where the data has been verified and confirmed by Pharmatrac, prices will be re-computed based on revised data. Accordingly, corrigendum or addendum or new price notifications will be issued, said the Authority.

“The Authority agreed to the above framework and based on the detailed discussions also noted that such instances/cases would be few,” said the Authority in the minutes of the meeting held recently.

“However, utmost care must be exercised while processing such cases including verification of data. It was also noted that such rectifications may either lead to upward or downward revision of prices,” it added.

Fixation of ceiling prices of scheduled formulations and retail prices of new drugs is done based on the market based data as per the methodology laid down in DPCO, 2013. The source of market base data at present is Pharmatrac database provided by AIOCD-AWACS, an independent third party that provides data on a monthly basis based on the terms of contract entered into between NPPA and AIOCD-AWACS.

The draft working sheets for fixation of prices are uploaded on NPPA website to invite comments from the affected companies or any person in compliance to the Department of Pharmaceuticals’ office memorandum issued on July 11, 2016. If no comments are received within 10 working days, the prices as proposed in draft working sheets are placed for approval by the Authority and once approved, the prices are notified by a Gazette notification.