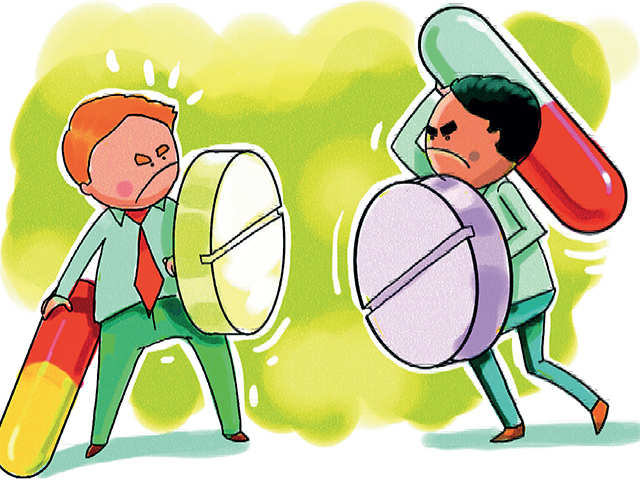 Amsterdam, the Netherlands, 20 November 2018 – The development of new medical products that are considered the highest priority for people in developing countries is highly concentrated – among five pharmaceutical companies and on five diseases.

The 2018 Access to Medicine Index, published Tuesday, is an independent ranking of 20 of the leading pharmaceutical companies on their efforts to improve access to medicine in low- and middle-income countries. Takeda rises furthest in 2018, jumping ten places to fifth. GSK retains its position at the top of the Index. Novartis moves into second, ahead of Johnson & Johnson and Merck KGaA, which complete the group of leaders in 2018. 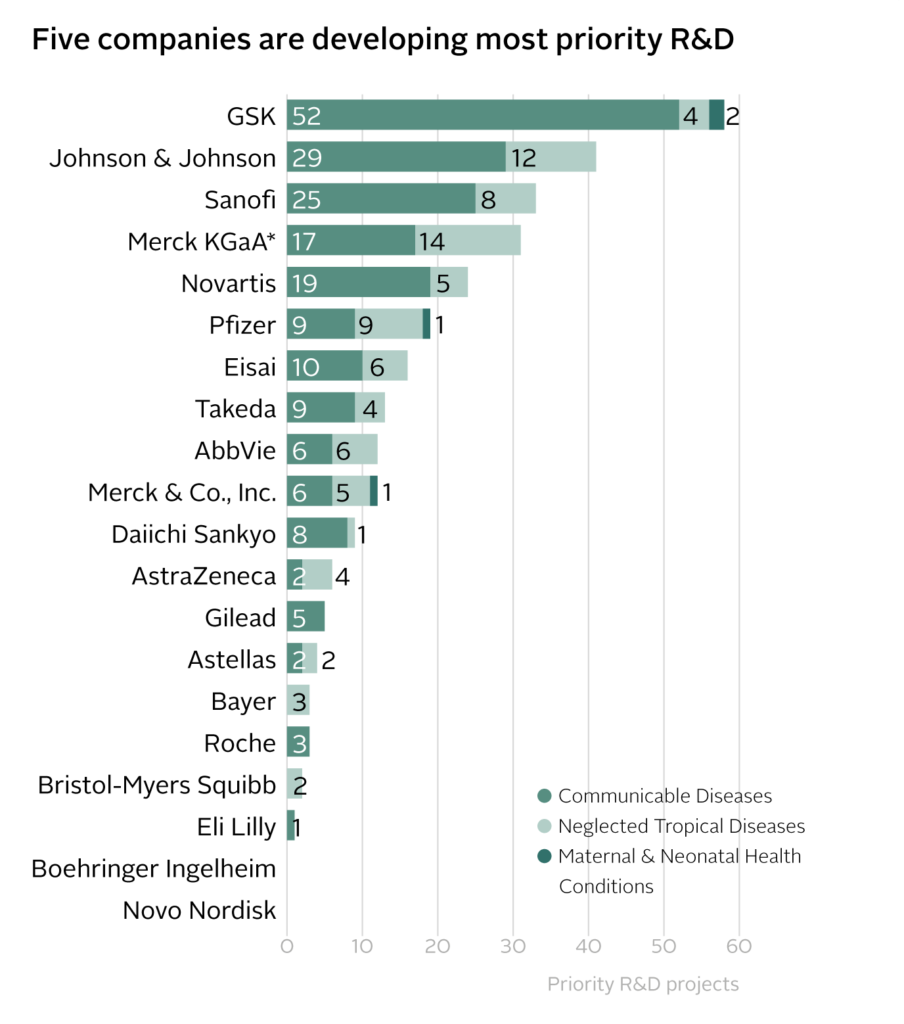 “The fact that a handful of companies are carrying the bulk of the priority R&D load shows how fragile the situation is. A retreat by even one of these players would have a significant impact,” said Jayasree K. Iyer, Executive Director of the Access to Medicine Foundation. “If more companies joined this group, that would bring much needed resilience.”

The Index found that the industry’s engagement in such R&D is focused on five diseases, with half of all such activity targeting malaria, HIV/AIDS, tuberculosis, Chagas disease and leishmaniasis. All five diseases are the target of global health initiatives and have international donors behind them. In total, 45 diseases have been identified as a priority for R&D by the WHO and others.

The analysis indicates that the majority of the priority R&D projects are being carried out with public sector research organisations. However, some companies are developing priority products without such facilitation. One example is Merck KGaA developing tests and treatments for schistosomiasis, a water-borne parasitic disease that affects around 252 million people.

“This is evidence that, when society agrees on the priorities, this clearly works in focusing the industry’s efforts,” said Danny Edwards, research lead for the Index. “Our analysis found evidence of this not only in R&D but also in the actions companies take to make medicines accessible after they reach the market. In short, where there is a call to action or donor funding, more companies will get involved, particularly in areas with low commercial potential.”

The concentration in companies and diseases is also seen in other activities important for access to medicine: for example, small groups of companies account for the increases in fairer pricing strategies, and in access planning while products are still in the pipeline.

Progress over the last two years

The Index measures companies in seven areas of corporate behaviour that are important for increasing access to medicine. 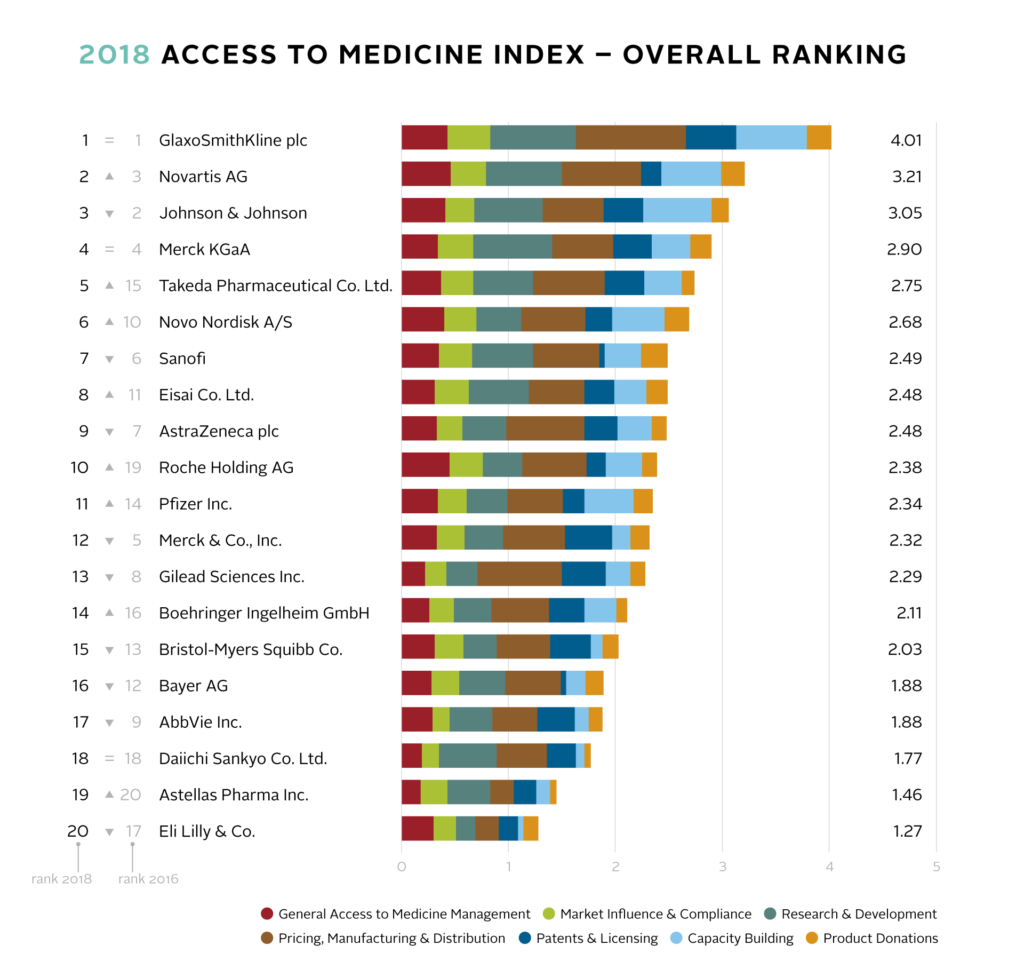 Only a handful of pharma cos are developing the much needed medicines for the poor : ATMI 2018
Overall, the industry continues to mature in its approach to access to medicine. Three companies have set new or strengthened access strategies since the 2016 Index. Five companies are scaling up commercial models that explicitly view people living in underserved communities as customers. Companies are also more transparent about where they have patents in force, which is valuable information for international medicines procurers. Also, strategies that set different prices for different segments of a country’s population continue to become more sensitive to what people can afford.

However, performance continues to lag in some areas. For example, while companies are refining their pricing strategies to improve the affordability of more products, they are applying them in few countries, mostly emerging markets. Also, while licensing has enabled the manufacture and distribution of generic versions of all recommended treatments for people living with HIV/AIDS, its use remains confined to that disease and to hepatitis C but could be extended to other diseases.

The companies have more projects in the pipeline that target global health priorities than they did two years ago. Since the 2016 Index, at least 66 products have moved through the pipeline to reach the market. They are for 14 diseases that the Index covers, with half of them targeting cancers. Other examples include:

Three new pills that each can cure all six major genotypes of hepatitis C. Gilead has voluntary licensing agreements in place with 11 India-based generic pharmaceutical manufacturers which enable the manufacture and distribution of two of these products in 105 developing countries. (Gilead and AbbVie)
A child-friendly chewable form of a tablet for roundworm and whipworm, which currently infects an estimated 795 million people. The company has pledged a donation programme of 200 million doses per year until 2020. (Johnson & Johnson)

65% of cancer deaths globally in developing countries
Cancer is taking an increasing toll in low- and middle-income countries, where approximately 65% of cancer deaths now occur. The Index examined company efforts to increase access to cancer products for the first time this year, focusing on those that are included on the World Health Organization (WHO) list of medicines it considers essential for all healthcare systems. It identified 72 such products. Novartis markets the largest proportion of these, including half of the cancer products that have an access initiative attached to them.

“There have been massive improvements in global health in the past decades, with all major pharmaceutical companies taking action. To close the gaps that remain, a greater diversity of companies must get involved and stay engaged for the long haul.” Jayasree K. Iyer, Executive Director.