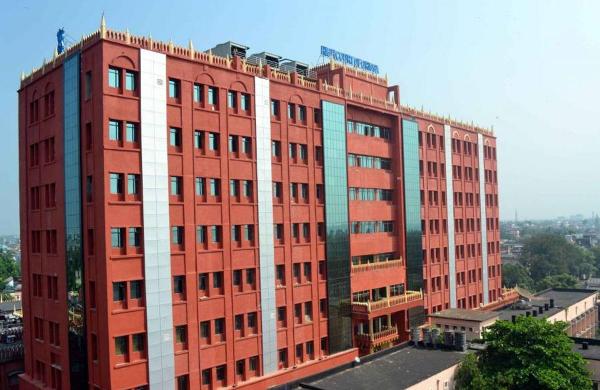 CUTTACK : Even as the courts are taking a liberal approach to granting bail with the intention of econgesting jails in view of the Covid-19 pandemic, some bail seekers seem to have found novel methods to cheat their way to release. In such an instance, the Orissa High Court has stumbled upon a racket involved in preparing forged medical certificates for obtaining interim bail.

The racket came to light after a State counsel raised doubt over the authenticity of the medical documents submitted with interim bail applications filed by four persons, who were arrested in Phulbani town of Kandhamal district in a drugs case. The four persons, Satya Bagarti, Sriram Kanhar, Saroj Nag and Chandramani Kanhar were accused in a case of ganja smuggling registered under the Narcotic Drugs and Psychotropic Substances Act.

The interim bail applications were filed on grounds that the wives of the petitioners were suffering from multiple types of diseases. While the affidavits along with the interim bail applications were sworn by one Gumesh Mallik in the case of Chandramani,  Satya and Saroj mentioned that he is their relative. In the case of Sriram, his wife Manasi Kanhar had sworn the affidavit.

Their pleas were made on the basis of medical certificates issued by one Dr SK Bhoi, an Associate Professor in the Department of Medicine, SCB Medical College Hospital.  However, as the State counsel raised suspicion, the Single Judge Bench of Justice SK Sahoo had directed the DCP Cuttack to get the matter enquired and furnish a report regarding the authenticity of such documents. On inquiry by the police it was ascertained that there is no doctor in any rank working in the department as Dr SK Bhoi.

Besides, the initial found on the Outdoor Ticket with designation seal as Asst. Prof., Department of Medicine was found to have been forged by someone after obtaining the ticket from the counter.

The inquiry report submitted by the DCP (Cuttack) on Wednesday had concluded that the medical documents enclosed with the interim applications were forged and fabricated.

Taking on record the inquiry report, Justice Sahoo directed for immediate steps to arrest Gumesh Mallik and Manasi Kanhar and produce them before the court of Sessions-cum-Special Judge, Phulbani on December 21 at 11.00 am positively by the inspector in charge of Phulbani Town police station.
Justice Sahoo has posted the matter to December 21 for further hearing.