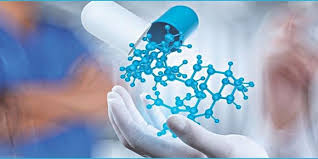 New Delhi : The Private Equity/Venture Capital (PE/VC) investments into healthcare and pharmaceutical sector has seen a jump of 86.7 per cent in 12 months of the calendar year 2021, as compared to the previous year, mostly driven by the increased investment activities into e-pharmacy, healthtech, hospitals and clinics, among others.

During the last quarter of the year, the investments grew almost two fold to $1.34 billion in 28 deals compared to $489 million in 25 deals in the same period of last year, according to data from Venture Intelligence, a research service focused on private company financials, transactions, and their valuations.

However, the biotech segment has seen a decline in fund infusion, to $115 million eight deals as against $343 million in 12 deals in 2020. Nutraceuticals also saw a decline of interest from the investors, with the total deal value declining to $43 million in six deals compared to $167 million in nine deals in 2020.

The top deals in the sector include $1.2 billion infusion by various investors in multiple deals including from Think investments, B Capital, Neuberger Berman, ADQ, Prosus Ventures, among others into e-pharmacy firm PharmEasy, $398 million investment by CPPIB, Multpiles PE and others into pharma and API segment player Zydus AHL and $329 million investment by Goldman Sachs into CRO firm Aragen Life Sciences.

During the quarter ended December, 2021, healthtech companies saw the highest investments, reporting $391 million investment in 10 deals compared to $52 million six deals in the same period of previous year. The E-pharmacy sector has seen two major deals worth $354 million during October-December, 2021, as against $28 million in four deals in the corresponding quarter of last year.

Pharma and API products segment also saw investments going up during the quarter, to $276 million four deals, as compared to $80 million a single deal in the same quarter last year. Healthcare B2B software segment, including software as a service offerings, which did not see a deal in the fourth quarter of the calendar year 2020, has attracted $157 million in three deals during the same quarter this year.