Chennai : Tightening the noose around medical shops who sell medicines without valid prescriptions, a surprise raid was conducted in 16 medical shops in Srivilliputhur in Viruthunagar district in southern Tamil Nadu by the Special Investigation Team (SIT) formed by the director of the state drugs control department.

The director was acting on a tip-off he received two days ago. Followed by it he constituted a special team of officials without involving officers from the local area, and conducted the raid in all the medical shops in the small town. Officials from the department said the directorate is taking legal action against the license holders for contravention of provisions of sale licences.

The raid team did not confiscate any medicine from the shops, but seized bill books, prescription register and other documents. However, not any NSQ or date expired or spurious or substandard drug was found in the raid in any of the shops, but violation of provisions of Rule 65 (9) (a) of the drug act was galore.

Briefing Pharmabiz, S Sivabalan, the director of drugs control administration, said the department got the information about the contravention last week and it was found that violation of Rule 65 was spiralling in the southern districts of the state for the last two years because of Covid pandemic and the lockdown. He said most of the medicines the retailers were selling in Srivilliputhur through their shops were habit forming drugs. The department will take legal action against the pharmacies as per the Indian Drug Act and the Rules.

When Covid-19 was announced in March 2020 the directorate of drugs control administration became more vigilant and swung into action. All the drug inspectors and ADC offices were given strict instruction to conduct raids in all medical shops and report to the head office. The initiative was to restrain people from indulging in self-medication during the pandemic period as people with mild and moderate symptoms of Covid-19 and even asymptomatic were going to the medical shops asking for scheduled category drugs along with paracetamol. Further, all the retail pharmacies were informed not to sell any prescription drug along with OTC products. However, several medical shops in many areas violated the direction of the department and sold scheduled category drugs without doctors’ prescriptions. Finding contravention of rules, the department formed special squads and conducted raids various times and initiated actions.

In May and June last year, in a statewide raid, the sleuths of the drugs control department initiated legal action against 85 medical shops for breach of Rule 65. At that time most of the cases were registered against the medical shops for selling ivermectin, azithormycin, doxycycline, amoxicillin and other antibiotics along with paracetamol tablets.

In October 2021, following information from the intelligence wing of the department a special squad was formed by the director and conducted surprise raids in Theni district and initiated action against selling drugs without prescription. An officer close to the DC department in Chidambaram said a surprise raid is being planned by the SIT to be conducted in Salem and Erode probably next week.

Some health action groups informed Pharmabiz that the department sleuths are not conducting any raid in the border district of Coimbatore where some wholesalers and retailers are collecting large quantities of medicine supplies from Karnataka and Kerala. 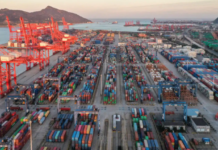 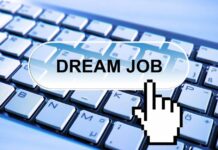 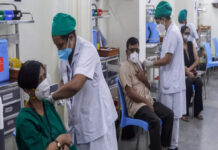