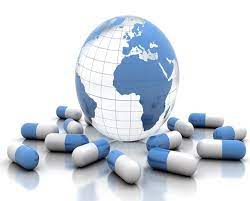 Currently, overall apprenticeship count has surpassed 5 lakh driven by awareness, ease of doing apprenticeships, good experience and government providing subsidy. A similar positive trend prevails in the pharma sector as well. Overall, a net increase of 55% is expected in apprenticeship deployment in pharma in the first half of the calendar year.

According to Kaushik Desai, advisor, Indian Pharma Machine Manufacturers’ Association (IPMMA), apprenticeship period gives an opportunity to companies and as well as candidates to understand the nature of the job and decide their future course of action to choose a  career progression. The pharmaceutical companies should make best utilization of this scheme to train, develop and identify the right person for the right job.

Chiming in on a similar note was Sunil Attavar, former president, Karnataka Drugs and Pharmaceutical Manufacturers Association (KDPMA) who said that considerable importance to recruit apprenices under the National apprentice programme scheme supported by the LSSSDC is evident.

KDPMA too, encourages the need to employ apprentices. The big advantages being hands on training to a fresh pharmacy talent pool. From an industry perspective, it is identifying qualified pharmacy graduates or post graduates who could spur innovation which is much-desired by the sector, he added.

Sumit Kumar, chief business officer, TeamLease Education Foundation, stated, “We are at the brink of apprenticeship expansion as organisations over a period of time have realised the merits of doing apprenticeship which has raised the confidence of the employer.

Also, the favourable macro-economic factors are expected to deliver a sectoral growth of 37% CAGR till 2025. Low production with research and development cost have led to spike in exports, followed by production linked incentive (PLI), increase in insurance to push for medical expenditure and increase in FDI (foreign direct investment) are the growth drivers for the sector.

Pharma is looking at a talent strategy across board on account of demand for skilled workforce which is leading to a wider acceptance of apprenticeship. In order to cater to the demand, companies have opened gates for 12th pass outs and technical diploma holders for production roles, largely dominated by ITI trainees. Interestingly, companies fulfill the diversity agenda through apprenticeships. Production job roles which have been traditionally dominated by males are now executed by women and 28% of the latter are expected to be engaged in apprenticeships, Kumar told Pharmabiz.

Industry is partnering with academia to create programmes which makes apprenticeships aspirational and organisations are able to tackle the talent crunch at the grass root level. Such partnerships will see courses curated and offered for apprentice numbers to go up by at least 10 times. Apprenticeships have proven to be the viable mechanism to create talent and but degree apprenticeships will create the talent supply chain which is the much needed investment to overcome skill crisis and up productivity. Third Party Administrator (TPAs) facilitated apprenticeships for SMEs by offering training and other ancillary services, stated Kumar.