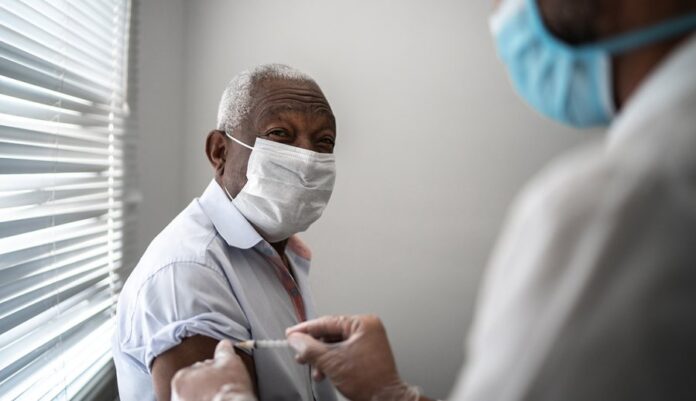 Bengaluru : A doctor at a Public Health Centre in Manjunathnagar was arrested on Thursday for allegedly administering vaccine at her associate’s house, while two doctors of a PHC in Chamarajpet were arrested for allegedly issuing fake COVID-19 negative certificates and illegally selling Remdesivir vials.

Police said Dr. Pushpitha, a medical officer with Manjunathnagar PHC, and her associate Prema, a homemaker from ITI Layout, were charging ₹500 for a shot of Covishield. The doctor used to get the vials from the PHC and vaccinate people at Prema’s house.

“The vaccines are sanctioned by the government to the PHC to give it to the people who have registered at the government portals. We suspect that the doctor forged records to steal the vials and store them at Prema’s house,” said a senior police officer.

On receiving information regarding issuing of fake COVID-19 certificates, constable Satish G. approached a swab collector at the PHC in Chamarajpet, Kishore Guirumurthy, for one on Wednesday. He paid him ₹500 and gave him a copy of Aadhaar card.

“Kishore asked Mr. Satish to meet him at Bannappa Park a few hours later and was caught while handing over the certificate,” said a police officer. Inquiries revealed that he was working in collusion with Shekhar B., the PHC medical officer.

In another operation, the police arrested the doctor while he was selling them a Remdesivir vial for ₹25,000. The accused, Dr. Shekhar, told the police that he was sourcing the injections from his colleague Prajwala who worked at the PHC. The police recovered 11 vials from the accused who later confessed that they had sold three vials before for a price of ₹25,000 each. Based on their confession the police arrested Mohan Y., a staffer at the PHC.

Both the doctors had been assigned to the PHC by the BBMP. While Dr. Shekhar had been working there for 10 months, Dr. Prajwala joined two weeks ago.