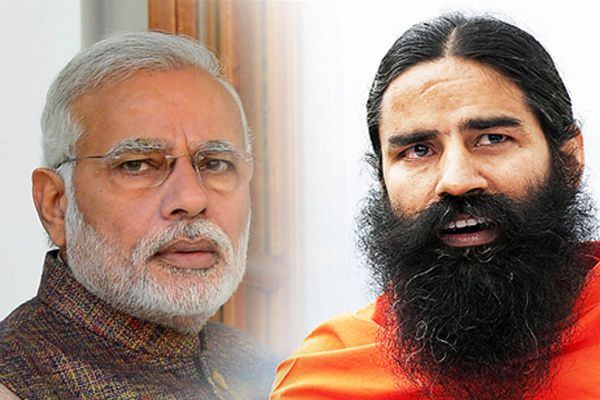 New Delhi: Prime Minister Narendra Modi left even Baba Ramdeo Behind so far as health and fitness Icons in India are concerned. Respondents of the country have chosen PM Modi as cut above the rest because of his his being most energetic and fittest ever prime minister.

GOQii, one of the leading Smart Preventive Healthcare Company in India today released the list of India’s Top 30 Health and Fitness Influencers, which includes healthcare professionals, celebrities, chefs, fitness bloggers and the Prime Minister of India. Mr. Narendra Modi has been named as the No. 1 fitness influencer in India followed by Baba Ramdev and actor Akshay Kumar.

GOQii had earlier released the GOQii India fit report that found in an unaided survey that 75% respondents named Baba Ramdev and Akshay Kumar as someone they would trust for health advice. The team undertook further surveys and research, to reveal other influencers whom people look up to when it comes about health and fitness.

Prime Minister Narendra Modi is one of the most admired personalities globally. While he has been mocked time and again for having been a tea seller, he has also been praised for his economic politics and the various political decisions. He is definitely one of the most energetic and fit prime ministers that India has seen. His secret to health and fitness is nothing but just being disciplined and waking up early in the morning and practicing Yoga. He practices yoga daily for an hour every morning irrespective where he is. This improves both his physical and mental well-being. He is the brains behind proposing an International Yoga day. His fitness mantra can surely be a lesson to many.