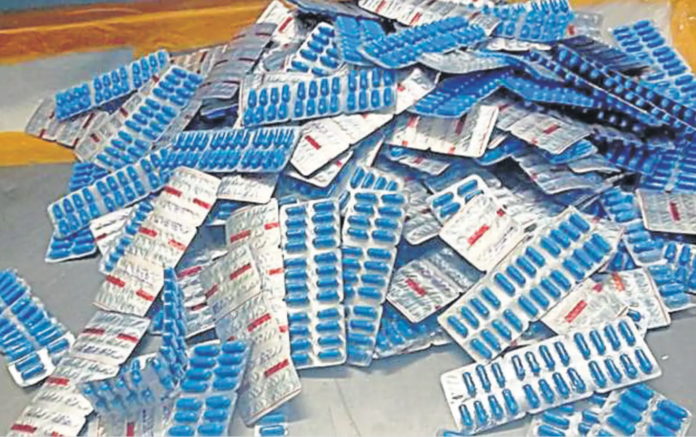 The seizure of the drugs, including tramadol and alprax, was made during a raid at Unique Formulations, whose owner, Munish Mohan of Devi Nagar, Paonta Sahib, has also been arrested.

He said that as part of investigations into an earlier recovery of 50,000 tramadol tablets from three persons on May 18, 2021, a police team led by Mattewal station house officer (SHO) Lovepreet Singh and sub-inspector Gurwinder Singh conducted a raid at the factory in the presence of Himachal Pradesh policemen and Sirmaur drug inspector. Two drug inspectors, Sukhdeep Singh and Amarpal Malli, from Amritsar also accompanied the police team.

He said that the factory has been sealed and the arrested person will be brought to Punjab after completing the legal formalities. He said Majitha ASP Abhimanyu Rana and DSP (detective) Gurinder Nagra played a vital role in the execution of this operation.

Earlier in 2020, the Punjab Police had unearthed an illegal pharma trade after a big haul of 2.8 crore tablets and capsules of opioids, including tramadol and clovidol, from Neutec Pharma godown at Narela (Delhi) and arrested the owners, Krishan Arora and his son Gaurav Arora, from Delhi.