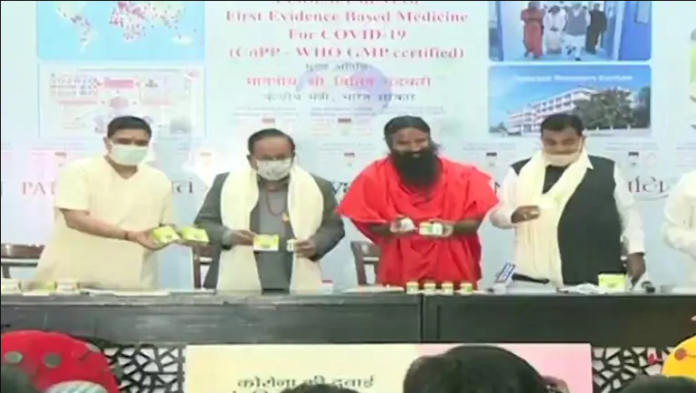 The medicine for which the data has been released is named Coronil. In June last year, Patanjali claimed that its Ayurvedic medicine can cure coronavirus infection. Following some controversy on the claims, Patanjali’s Coronil Kit was licensed as an ‘immunity booster’.

Swami Ramdev, at the event, said, that people believe that research work can only be conducted in the West. Especially when it comes to Ayurveda, people look at research work with suspicion. He also said that Coronil has benefited lakhs of people during the pandemic.

In June 2020, Patanjali Ayurved had launched ‘Coronil and Swasari’, which the company claimed was the first Ayurvedic cure for COVID-19, the respiratory disease caused by the novel coronavirus or SARS-CoV-2 virus. Launching a kit of three Ayurvedic medicines at Patanjali Yogpeeth in Haridwar, Uttarakhand, Yoga guru Ramdev had said they are proud to announce that the first Ayurvedic, clinically controlled trial based evidence and research-based medicine has been prepared by the combined efforts of Patanjali Research Centre and NIMS.

Ramdev had also said that the medicine could provide ‘100 per cent recovery rate within 3-7 days’.