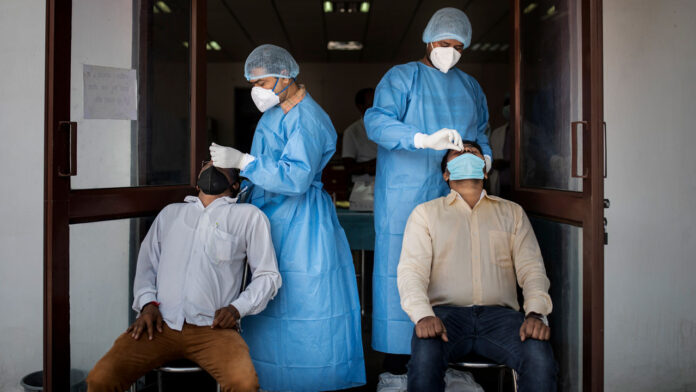 One of the world’s biggest trials of COVID-19 therapies released its long-awaited interim results yesterday—and they’re a letdown. None of the four treatments in the Solidarity trial, which enrolled more than 11,000 patients in 400 hospitals around the globe, increased survival—not even the much-touted antiviral drug remdesivir. Scientists at the World Health Organization (WHO) released the data as a preprint on medRxiv last night, ahead of its planned publication in The New England Journal of Medicine.

Yet scientists praised the unprecedented study itself and the fact that it helped bring clarity about four existing, ”repurposed” treatments that each held some promise against COVID-19. “It’s disappointing that none of the four have come out and shown a difference in mortality, but it does show why you need big trials,” says Jeremy Farrar, director of the Wellcome Trust. “We would love to have a drug that works, but it’s better to know if a drug works or not than not to know and continue to use it,” says WHO’s chief scientist, Soumya Swaminathan.

The prospects of two of the four treatments—the malaria drug hydroxychloroquine and the HIV drug combination ritonavir/lopinavir—had faded after another large study, the United Kingdom’s Recovery trial, showed they did not increase survival in June. After analyzing that study and its own data up until then, WHO decided to drop both from the study.

There was still hope for remdesivir and for interferon-beta, which had initially been given in combination with ritonavir/lopinavir but was tested as a standalone drug after the Recovery data came out. But neither of those treatments lowered mortality or delayed the moment patients needed ventilation to help them breathe. The results in these two treatment arms are likely to be the most scrutinized.

Remdesivir, which attacks a specific enzyme in several RNA viruses and was previously tested against Ebola, was initially seen as a promising candidate. In a U.S. trial with more than 1000 COVID-19 patients published last week, those who received remdesivir had a shorter recovery time than patients in the control group, but there was no significant difference in mortality. Two smaller trials found few significant benefits. Remdesivir received an emergency use authorization from the U.S. Food and Drug Administration (FDA) in May for severe COVID-19 patients that was later expanded to include all patients.

But the Solidarity trial suggests the drug does little in severe cases. Of 2743 hospitalized patients who received the drug, 11% died, versus 11.2% in a control group of roughly the same size. The difference is so small it could have arisen by chance.

When the authors pooled Solidarity’s data with those from the three other trials, they found a slight reduction in mortality that wasn’t statistically significant either. “This absolutely excludes the suggestion that remdesivir can prevent a substantial fraction of all deaths,” the authors write. “The confidence interval is comfortably compatible with prevention of a small fraction of all deaths but is also comfortably compatible with prevention of no deaths.”

“This trial doesn’t help remdesivir, that’s for sure,” says Eric Topol, director of the Scripps Research Translational Institute. “It’s not a dead duck as much as hydroxychloroquine, but it certainly is not the hope that was initially signaled.”

But the drug’s manufacturer, Gilead Sciences, casts doubt on the study. “The trial design prioritized broad access, resulting in significant heterogeneity in trial adoption, implementation, controls and patient populations,” the company says in a statement, “and consequently, it is unclear if any conclusive findings can be drawn from the study results.”

Gilead received the manuscript about Solidarity on 28 September, according to WHO. On 8 October, before the results became public, the company signed a $1 billion deal with the European Commission for a 6-month supply of the drug.

Solidarity’s “most disappointing results,” however, are those for interferon-beta, Topol says. Mortality among the 2050 people who received that drug (either alone or in combination with lopinavir/ritonavir) was 11.9%, versus 10.5% in the control group. Prior studies have suggested interferon can only help if given early, however, and not once patients have been hospitalized. “So I think that’s still an open question,” Topol says.

“Treating COVID late is very difficult,” Benjamin tenOever, a virologist at the Icahn School of Medicine at Mount Sinai, wrote in an email to Science. “At this point in the disease the issue is more about inflammation and clotting, which is likely why these four drug regimens showed little value.”

The silver lining may be that the trial itself, unprecedented in several ways, succeeded. Set up in a short time in March as the pandemic engulfed the world, it used a simple protocol that allowed doctors in overstretched hospitals anywhere to randomize their patients to whatever study drug was available or to standard care. “To get four different drug strategies nailed down, and in this short period of time and across the world, is just fantastic,” Topol says. “I give them a lot of praise for getting us these results with extraordinary velocity.” “I think that Recovery and the Solidarity trial between them have set the standard of the scale that’s required in order to give you clear answers,” Farrar adds.

The biggest hurdle was the long time it took to get regulatory approval for the study in some countries, says WHO’s Marie-Pierre Preziosi. “Regulators, as well as the ethics committees for that matter, need to rethink their approaches in pandemics and need to be much more ready to cope with this because sometimes the duration for authorization is really not appropriate.”

Still, the trial has ramped up to more than 11,000 patients from 30 countries, including Argentina, Peru, India, the Philippines, and Spain, with more slated to join. About 2000 patients are now included every month. For the moment, the remdesivir arm will continue “to get more precise evidence,” says John-Arne Røttingen, CEO of the Research Council of Norway, who heads the executive group of Solidarity’s steering committee. But new drugs will be added, he says.

As early as next week, Solidarity participants could start to receive acalabrutinib, a cancer drug that inhibits an enzyme that plays an important role in the human immune system. The hope is to soon include targeted therapies such as monoclonal antibodies as well because they are more likely to be successful than repurposed drugs. “Trying to find off-target benefits from FDA-approved drugs is not a great strategy (although arguably the best we can do under these conditions),” tenOever wrote.

Solidarity built on experience from the 2014–16 Ebola epidemic in West Africa, says Ana Maria Henao Restrepo, who heads the Research and Development Group at WHO. Back then, there were many debates about whether it was even ethical to do randomized clinical trials—which withhold a potential therapy from patients in control groups—during a deadly outbreak. “Now, you don’t see any debate” on that question, she says. “The community, all of us, we have moved, we have learned a lot since West Africa.”

The study’s global reach has important benefits, says Nahid Bhadelia, a physician at Boston Medical Center. Conducting a trial in many places simultaneously means more patients can be included, leading to faster results but also to more robust data, she says. “You’re including many different types of subgroups and populations in different parts of the world.”

Another advantage: The 1300 participating doctors worldwide will have a sense of ownership of the results, Henao Restrepo says. “When they see the results in The New England Journal of Medicine, [they will] say, ‘I’ve contributed to that and I understand why that drug works or doesn’t work. I know, I trust it,’” she says. “That is different from some Northern Hemisphere group publishing, and they say: ‘Somewhere in a rich country they did a trial and now we all have to believe the results.’”