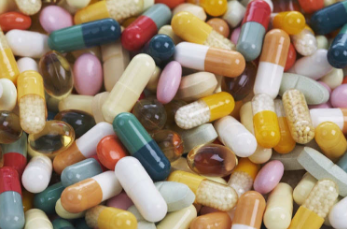 New Delhi: The Centre’s decision on Wednesday to ban the manufacture, sale and distribution of 328 Fixed Dose Combination (FDC) drugs has brought around 6,000 prominent medicines under the radar, including some very commonly used ones.

Hailing the government’s step, All India Drug Action Network (AIDAN) Convener Dr. Gopal Dabade said the government has taken the right decision, as “the drugs banned by the government were indeed harmful and not prescribed in the textbooks of medicine”.

“The FDC issue has gone through the legal process and the Supreme Court has given its verdict. IDMA (Indian Drug Manufacturers’ Association) is a responsible body and has never advocated irrational FDCs but we do believe in the advantages of patient convenience and compliance that FDCs provide.

“As far as pharma loss of sale is concerned, it might be somewhere around Rs 2,000 crore,” IDMA Director Deepnath Roychowdhury stated.

The Centre, in March 2016, had prohibited the manufacture, sale and distribution of 349 FDCs but this was contested by the affected manufacturers in high courts and the Supreme Court.

Complying with the December 2017 Supreme Court judgment, the Drugs Technical Advisory Board (DTAB) examined the matter and, in its report to the Centre, recommended prohibition of the FDCs, saying there was no therapeutic justification for the ingredients contained in them and that these FDCs may involve risk to human beings.

Earlier, an expert committee appointed by the Centre too had made similar observations.

Considering the recommendations of DTAB and the expert committee, the Ministry of Health and Family Welfare, through a gazette notification, prohibited the FDCs.

“Most firms have already discontinued their FDCs or have little stock left with them. It will take another 72 hours for the banned FDCs to move off the stores from the time the manufacturers tell their distributors and wholesalers or related channels to withdraw the medicines,” Dr Sujit Paul, Managing Director, StayHappi Pharmacy, mentioned.

“The notification had earlier come in March 2017. In the meantime, most of the companies have changed their formulation. The loss will be faced by the marketers. Almost all the companies will be affected,” Sanjeev Jain, Director, Akums Drugs and Pharmaceuticals added.