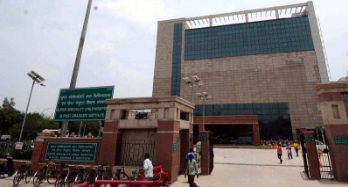 NOIDA: The government-run super-specialty child hospital in the city will remain under UP’s control for now and not be taken over by AIIMS, a senior health department official told TOI on Wednesday. This has also become clear from the appointment of Dr D K Gupta as its new director for five years.

Gupta, who served as head of the department (paediatric surgery) at AIIMS from 2005-2011, was named director of Noida’s child hospital by the UP health department on Monday. Speculation about an imminent takeover of the Sector 30 hospital by India’s premier medical institution has been on since Noida MLA Pankaj Singh made this suggestion to chief minister Yogi Adityanath in March 2017.

“The new director has been appointed for five years, which is a long tenure. There was talk about handing over the institute to the AIIMS management but the same did not materialise. It is now a closed matter,” the senior health department official said.

Following Paknaj Singh’s suggestion, the UP government had sent a letter of intent to the central government expressing its intent about a takeover of the child hospital by AIIMS. The Union health ministry had subsequently sought a detailed proposal from the state government with details of staff, infrastructure, etc.

Then, on December 5 last year, a four-member team led by then head of the department (paediatrics) at AIIMS visited the hospital.

This triggered intense speculation that the takeover would happen soon. In the meantime, doctors at the child hospital expressed fear that the old staff may be done away with. “It has now been confirmed by the health department officials in Lucknow that the hospital is not going to be taken over by AIIMS,” another government official said.

Dr D K Gupta is not new to UP and has served as vice-chancellor at King George’s Medical University (KGMU), Lucknow, for three years from April 2011-2014. Thereafter, he returned to Delhi and continued his association with AIIMS.

Dr AK Bhatt, the outgoing director of the child hospital, has been appointed chief medical superintendent (CMS) of Sanjay Gandhi Postgraduate Institute of Medical Sciences, Lucknow. Bhatt said he will join Lucknow hospital in the first week of August.