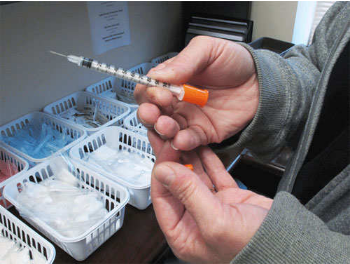 Pune: The city-based Serum Institute of India’s (SII) thermo-stable vaccine against severe rotavirus-induced diarrhoea will soon be made available in low- and middle-income countries.

The vaccine, Rotasiil, has achieved the World Health Organisation’s (WHO) prequalification, which means that the vaccine is ready for procurement by United Nations agencies and Gavi, the vaccine alliance, for free supply to poor nations.

“The WHO prequalification means that the vaccine is ready for use in other countries. Though there are already three rotavirus vaccines, Rotasiil will be made available at a very low cost and that will make a difference. Vaccination is the best way to prevent severe rotavirus illness,” SII’s chief executive officer (CEO) and owner Adar Poonawalla told TOI.

Rotasiil was launched in India in 2017 and was included in India’s National Immunization Programme in 2018. The vaccine is also available for sale in India’s private market.

SII has claimed that Rotasiil is the first-of-its-kind vaccine in the world, which does not require refrigeration. It would help in meeting the critical public health goal of improving vaccine supply worldwide.

“This is the second vaccine out of only four made in the world, which is developed by an Indian company. First vaccine was developed by Bharat Biotech and it is in use now. The other two international multinational companies (MNCs) in the world who make this vaccine are Merck and GSK pharmas. Hence, it is a proud moment that two vaccines out of four in the world are from India,” Poonawalla added.

Rotavirus is the most common cause of severe diarrheal disease in children worldwide, and vaccination is the best way to prevent it. More than 90% of deaths due to rotavirus diarrhoea occur in low-income countries, like African nations.

The international non-profit organisation Program for Appropriate Technology in Health (PATH) partnered with the SII on evaluating Rotasiil in the phase 3 studies conducted in India and assisted with their applications for local licensure and WHO prequalification.

Rotasiil is an oral vaccine administered to infants in a three-dose course at 6, 10, and 14 weeks of age and at the same time as routine vaccinations.

“It is a challenge for the countries to distribute vaccines in remote places under strict cold chain conditions. The problem is further aggravated because of power failures and shortages of power resulting into huge loss of vaccine resulting in depriving the kids. A thermostable vaccine is an answer to all these issues,” senior paediatrician Sharad Agarkhedkar, former vice-president of the state chapter of Indian Medical Association (IMA), Maharashtra chapter, said.

The SII had earlier bagged the ‘Patents for Humanity Award 2018’ for developing Rotasiil. “Rotavirus spreads from hand-to-mouth due to contact with stool from an infected person. The infection generally lasts 3-8 days and symptoms can be severe in infants, with those between 3-36 months being most commonly affected,” health experts said.

While most children with rotavirus diarrhoea recover on their own, some become very ill with severe vomiting, diarrhoea and life-threatening loss of fluids that make hospitalization necessary.

The Prequalification of Medicines Programme is a service provided by the World Health Organization to facilitate access to medicines that meet unified international standards of quality, safety and efficacy.

The vaccine used in the Niger study was stored at less than 25°C and transported for vaccination at ambient temperature, thus, bypassing the cold-chain requirements.