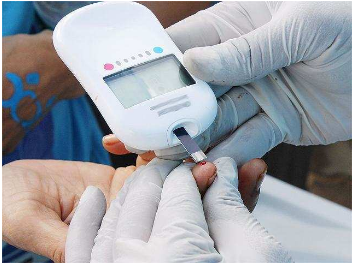 NEW DELHI: The mounting prevalence of diabetes with complications like obesity, blood pressure and cholesterol among Indians is leading to spiralling cost of treatment and a massive burden on out-of pocket expenditure.

The total healthcare expenditure on diabetes in India was estimated at $31 billion in 2017 with 86% of rural and 82% of urban populations in India having to bear the costs of disease management through out-of pocket expenses, a new study published in Lancet shows.

According to the study, the expenditure of an average Indian patient with type 2 diabetes was estimated to be $95 per year. The costs of care include direct, indirect, and intangible costs.

Diabetes prevalence has increased by 64% across India over the quarter-century. According to International Diabetes Federation, India’s diabetes population totalled 74 million in 2017 and it is estimated to reach 134.3 million people by 2045.

“When complications occur, these costs increase exponentially, particularly when insulin is initiated or admission to hospital or surgery are required…” says Dr Anoop Misra, chairman, Fortis C-Doc. He is one of the authors of the study. Other researchers include Nikhil Tandon from AIIMS and Andrew P Hills from University of Tasmania. The study linked higher spend on the disease management with higher income. In India, infections contribute to 41% of deaths among patients with diabetes.

Polio virus to India: The news of my death has been grossly exaggerated. Hello again!
NewsletterA A