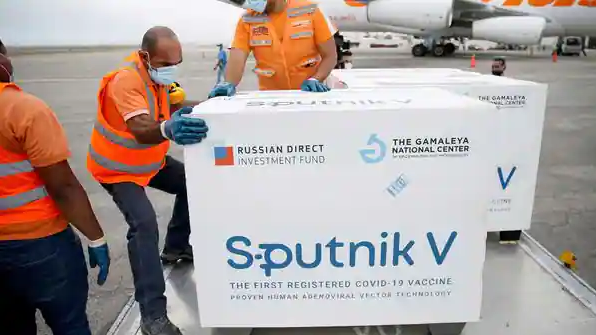 Sputnik V coronavirus vaccine has arrived in India and is likely to be available in the market by next week, Dr VK Paul, Member-Health of Niti Aayog said on Thursday. The first batch has arrived and more will be arriving from Russia.

“I’m happy to say that we’re hopeful that it’ll be available in the market next week. We’re hopeful that the sale of the limited supply that has come from there (Russia), will begin next week,” Dr VK Paul said at a press briefing.

Further supply will also follow, the senior government official said, adding that Sputnik V will be produced in India from July onwards.

The country is also looking to produce 15.6 crore doses of the Russian Covid vaccine. Dr Reddy’s Laboratories is the Indian partner of the Russian vaccine.

“Its production will begin in July and it is estimated that 15.6 crore doses will be manufactured in that period,” Dr VK Paul added.

He also said that any Covid-19 vaccine that is approved by FDA, WHO can come to India. “Import license will be granted within 1-2 days. No import license is pending,” Dr VK Paul added.

Over 2 bn vaccines doses to become available in India

More than 2 billion doses of vaccines against the novel coronavirus will likely be available in India between August to December this year, the government advisor has said.

Those doses would include 750 million of AstraZeneca’s vaccine, produced in India by the Serum Institute of India, as well as 550 million doses of Covaxin, made by Bharat Biotech, government advisor Paul said.

Several states in India are reporting an acute shortage of Covid-19 vaccines, even as the coronavirus cases surge across the country.

3 vaccines approved to be sold in India

With an efficacy of 91.6%, Sputnik V was the first vaccine against coronavirus in the world. Clinical trial data published in The Lancet indicated that the Covid-19 vaccine “appears safe and effective”.

More than 60 countries had registered Sputnik V for emergency use and most of these countries had already received the first batch of the vaccine.

Russia has been actively marketing Sputnik V abroad despite the comparatively slow rollout at home and limited production capacities, according to reports. Dozens of nations have approved the use of Sputnik V, and many signed deals with the Russian Direct Investment Fund that bankrolled the vaccine to get shipments of the shot.