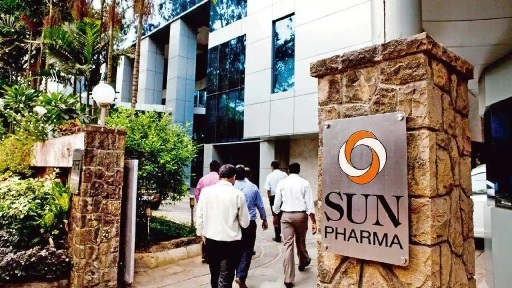 New Delhi : Sun Pharma Laboratories Ltd has informed the drug regulator that the batch of anti-allergic drug combination branded as Montek LC, which failed the regulator’s random test in October, 2022, is not manufactured by them and is spurious. The CDSCO has also displayed a clarification on its website stating that “The manufacturer (as per label i.e. M/s Sun Pharma Laboratories Ltd) has confirmed that the impugned batch is not manufactured by them. Control samples are stated to be complying with the specifications. Hence, the drug in question is stated to be spurious.”

This comes hardly six months after Abbott India, the Indian arm of the US multinational healthcare firm, has informed that the drug sample under its Udiliv 300 brand declared by the Central Drugs Standard Control Organisation (CDSCO) as not of standard quality (NSQ) was actually spurious.

The CDSCO earlier this month has said that a batch of montelukast sodium and levocetirizine hydrochloride tablets IP – Montek LC – allegedly manufactured by Sun Pharma Laboratories in its East Sikkim plant in August, 2021 and with an expiry date in January, 2024, failed identification and assay of montelukast. The drug sample was drawn by the drug control department of Assam and tested in the Regional Drug Testing Laboratory (RDTL) in Guwahati.

“The manufacturer (as per label i.e. Sun Pharma Laboratories Ltd) has confirmed that the impugned batch is not manufactured by them. Control samples are stated to be complying with the specifications. Hence, the drug in question is stated to be spurious,” said the drug regulator.

This also comes when the monthly drug test results published by the CDSCO has not identified any drug as spurious in the past several months.

The CDSCO, in May, 2022, declared that 27 samples out of the 1,164 samples tested during the month of April, had come out as not of quality standard, which include a batch of ursodeoxycholic acid tablets IP 300 mg, branded as Udiliv 300, manufactured by Abbott Laboratories was also mentioned as not of standard quality.

The batch manufactured in the first month of 2021, and with expiry date of May, 2023, was drawn by the Drugs Control Department of Assam and was tested in the regional drug testing laboratory in Guwahati. The sample failed in identification and assay tests, said the CDSCO.

However, Abbott has declared the said batch to be not manufactured by them and that it is a spurious drug.

“However, the same is subject to the outcome of the final investigation by the concerned investigating official of the Drugs Control Department, Assam,” said the CDSCO in June.

The not-of-standard quality drugs among the total number of drugs tested by the CDSCO during the last two months has been high at around four per cent while in the previous months it has been around 2-3 per cent, according to the data.

The regulator, in November, announced that it has tested a total of 1,280 drugs in the month of October, of which 50 turned out as NSQ (3.9%), while the rest of 1,230 samples passed the quality tests. There were no spurious or misbranded drugs identified in the testing during the month, according to the data released by the CDSCO.

In September, the CDSCO declared that it has tested a total of 1,456 samples, of which 59 were declared as NSQ, while 1,397 are of standard quality. The percentage of drug samples failed was over four per cent, during the month.