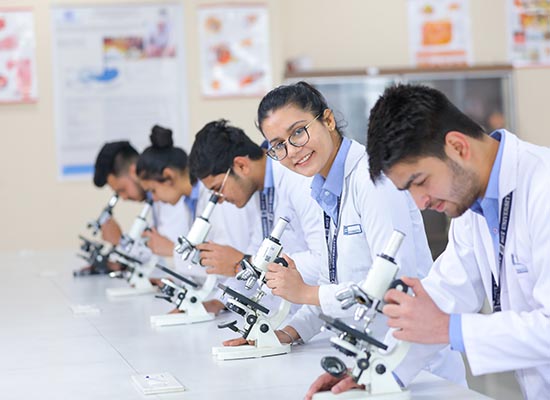 Hyderabad : With the state government of Telangana taking fast initiatives to establish India’s first Pharma University in Hyderabad, industry experts from pharma, biotechnology and healthcare sectors feel that this would further consolidate the knowledge base and help to boost the already flourishing pharma industry and improve the quality education and enhance high level research in the drug development.

Expressing his views, Sanjay Reddy, a member of Pharmacy Council of Telangana, said that the state government’s initiative to establish an exclusive Pharma University is a very much welcome sign for the pharmacy education in Telangana.

“It is really ironic that even though Telangana is having more than 185 pharmacy colleges, there is no proper dedicated university to guide and regulate pharmacy education in the state. All these days, other universities like JNTU and Osmania University were giving affiliations to the newly established pharmacy colleges in the state. But unfortunately, these colleges which were given permission and affiliations from the respective universities have been violating various regulatory norms and not able to provide proper qualified staff, no proper facilities, because of which the quality of pharmacy education was going down day by day. However, if an exclusive Pharma University is established it will help ensure improve quality of pharmacy education in the state,” Reddy observed.

In fact, if Telangana government’s initiative of establishing new Pharma University is succeeded then it will be India’s first Pharma University   and only third pharma universities in the world. “The pharmacy university which is expected to come up in the Hyderabad Pharma City, is one of the Asia’s largest integrated pharmaceutical research, manufacturing and innovation hubs providing a one stop shop for the entire gamut of drug development,” said K Taraka Rama Rao, Minister for Industries, Government of Telangana.

Explaining how the pharma sector which began with a nascent stage in 1990’s has grown, Dr Reddy said that initially only 2 pharmacy colleges were run in entire erstwhile Andhra Pradesh state, one in Andhra University and the second at Kakatiya University. However, this number went to 10 colleges in year 2000 and later during the period of congress regime, because of fee reimbursement scheme provided by the then Congress government in 2004-05, the number colleges grew up to more than 100 and later in 2010 and up till now this number has reached to more than 185 colleges, churning out more than 10,000 B Pharmacy graduates every year.

“Today more than 10,000 pharmacy graduates are passing out every year, however with the pharmacy colleges not adhering to regulatory norms, the quality of education offered in them is not up to the mark. If a new Pharmacy university is established, then definitely, it will give push to advance research in drug development and also enable in innovations that would help in providing various complex problems of healthcare,” observed Ashish Mishra, a leading pharma industry consultant.