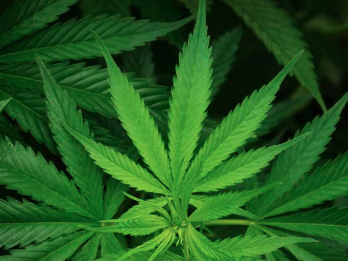 BANGKOK – Thailand’s legislature has officially proposed allowing the licensed medical use of marijuana, making it a potential trailblazer in Asia in legalizing what used to be regarded strictly as a dangerous drug.

The National Legislative Assembly on Friday submitted proposed amendments to the Health Ministry that would put marijuana and the plant kratom, popular locally as a stimulant and painkiller, into a legal category that would allow their licensed possession and distribution under regulated conditions. The ministry will review the amendments before forwarding them to the Cabinet, which will return it to the legislature for a version that will then be voted on. The process may be completed before the end of the year.

The proposed changes would not allow recreational use of the drugs. The action was taken because of growing interest in the use of marijuana and its components to treat some medical conditions. Public hearings showed overwhelming support for the measures.

“If we let it be used recreationally, our society is not ready yet, so I want to do this first step first – the issue of making medicine,” said Somchai Sawangkarn, a lawmaker who proposed the amendments. “From allowing the making of medicine, maybe in six months or a year’s time, if society is ready, it could become a food supplement. … And eventually that could lead us to its recreational use.”

Somchai said the legislature would consider introducing further amendments to address concerns such as fears that marijuana would be too accessible to children or reservations that only some large private companies would potentially be granted licenses to produce medicine derived from the plant.

The legislature says recent studies have shown that marijuana extract has medicinal benefits, which has prompted “many countries around the world to ease their laws by enacting legal amendments to allow their citizens to legally use kratom and marijuana for medicinal or recreational purposes.” It adds that despite being classified as an illegal drug, many patients have used marijuana to treat their diseases.

Somchai told The Associated Press that pushing through the amendments was difficult because they affected the interests of big pharmaceutical companies.

“I’ve been working on legislation in parliament for the past 12 years, and I have to admit that this has been one of the toughest ones to pass because it affects the benefits of large transnational pharmaceutical companies as they sell chemotherapy, morphine, and so on, and we want to introduce something really cheap as an alternative,” he said.