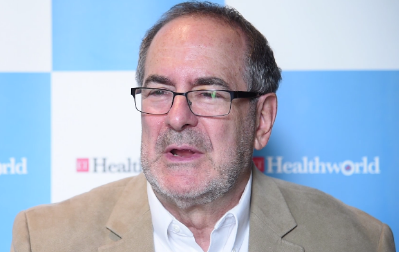 The new drug regimen called Triple Drug Therapy (IDA) which uses the combination of Vermectin, Diethylcarbamazine & Albendazole to prevent and treat Lymphatic Filariasis – has the potential to dramatically accelerate the pace of LF elimination in target countries. How essential it it for India to adopt the IDA strategy for elimination of LF?
India has the largest burden of lymphatic filariasis in the world. No global elimination program can be considered successful unless India succeeds. This new treatment combination will accelerate and speed-up the elimination process because it is more effective than the drug being currently used.

As India introduces IDA in a phased manner, what areas in the program should be prioritized to ensure effective roll out?
Well, the new medicine will not work unless people take it and one of the problems with around the world and also in India is low participation by the population- a little bit like vaccine, sometime people refuse the medicines. So, in addition to introducing the new medicine combination, India is going to take steps to try to enhance the co-operation of population taking the medicine that’s critically important, as important as new medicine itself.

Investing in MDA is known to be cost effective. Could you elaborate on the economic benefits in the long run?
India is now doing its national program since 2002, it’s been 16 years. They have made a lot of progress, but much remains to be done. This will shorten the number of years if this is successfully introduced. They will shorten the number of years required to reach the end point of eliminating the lymphatic filariasis. So, the economic benefit is that you get to station faster with the train, you save years and then many lacs of rupees. Estimated overall the world, 180 million dollars will be saved if everyone will use this new regiment.

Please share some other additional benefits of introducing the IDA?
The ‘DA’ part of this combination was already being used in India for many years. The ‘I’ is ivermectin that’s a new drug. In addition to making better activity against filarial parasites, it also improves the activity as a medicine against the intestinal worms that are also common in parts of India and in that matters, it also cures scabies, it cures head lice, so it provides additional benefits to the people besides just the filariasis benefit. People describe the head lice falling out of the head from the hair over the children after they get this. They can really see it right away.

Global trend and Challenges
Global trend is very positive that more than half of the global burden of filariasis has been reduced by this large global program. The largest program in disease control is in which they have used mass drug administration for an infectious disease. The scale is huge billions and billions of treatments have been given, so lot of progresses has occurred. The low hanging fruit has already been picked though remaining countries all have challenges in different ways.