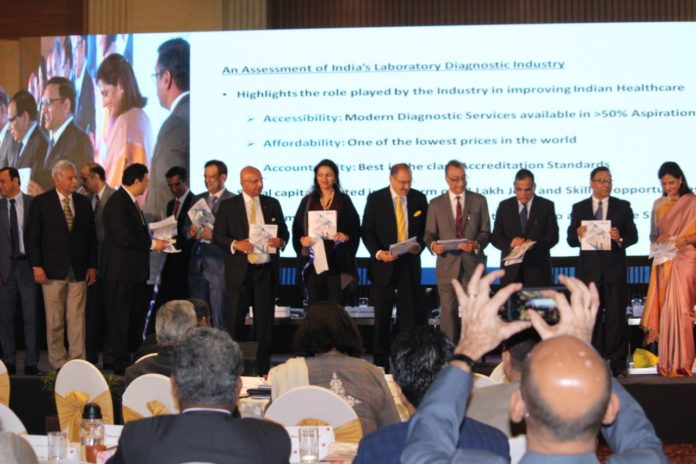 New Delhi: The mandate of NATHEATH, Healthcare Federation of India, is to bring voice of private healthcare providers onto one platform and facilitate fair engagement with the government. But where was the voice in NATHEALTH’s Summit last month? Was there any voice at all? There was undeniably an elephant in the room.

The most pressing question that is presently stalking private healthcare sector is that of abysmally low package rates of treatments under Ayushman Bharat, globally the biggest govt funded health protection scheme. There is a pressure on private healthcare sector to join the flagship scheme of PM Modi’s government at the centre and make it a success. It was expected that NATHEALTH leaders would forcefully raise this issue in the inaugural in the presence of those Niti Ayog officials who call the shots in the implementation of Ayushman Bharat. But there was palpable reluctance to do the straight talking. Clearly they played to the gallery.

Instead of raising the prickly question, all NATHEALTH leaders and healthcare honchos went gaga over Ayushman Bharat while speaking in the inaugural. They swore by giving full support to govt’s vision of Universal Health coverage. Even in press conference after inaugural, the interlocutors parried the question about private healthcare’s willingness to be part of Ayushman Bharat.

Below the placid facade there was restlessness among healthcare industry leaders who wanted govt officials to be told point blank that unless package rates are satisfactorily addressed and robust effective mechanism for payment is in place, private healthcare will not have the will to join Ayushman Bharat. Many healthcare leaders privately said they do not want money in excess of what govt spends in public hospitals. One of them argued, ‘we only want that the govt asses spend on one bed of a public hospital and fix that much for private hospitals. Just that, nothing more. That will be more than what we bargain for.’

It is given that Ayushman Bharat will not succeed without proactive support of private healthcare sector which was quite obvious from the frantic appeal by Dr Vinod Paul, Niti Ayog member and the architect of Ayushman Bharat. He called upon private sector to adequately join PM Modi’s flagship program and acquiesced it in a sober fact that government alone cannot implement it without the support of Private sector. Of course, Dr Paul gave indication that the govt was in the works to improve the rates but that was far from perking up sentiments of healthcare honchos. He indicated that accredited hospitals rates could be fixed differently.

CAHO ( Consortium of accredited Healthcare Organizations) which is coalition of private hospitals that runs programs for creating culture of quality and safety of patient in private hospitals, is taking strident position regarding package rates and inordinate delay in payment and has held that if govt continues to perpetuate the old rates and pressurise hospitals to come in to join Ayushman Bharat, quality and patient safety could be casualties and private hospitals might be compelled to cut corners. To a question regarding this, Mrs Preetha Reddy assured there would be no compromise in qualities and said that the govt is seized of the issue of rates and going forward on the matter.

However, in two-day 6th Annual Summit on ‘Reimagining Collaboration to Strengthen India’s Healthcare Growth Trajectory,’ on November 28, the hope was abundantly expressed that digital health might solve the issues of affordability and accessibility. The upshot of the summit was the acceptance that digital health was going to be the future of medicine in India.  Dr Vinod Paul, Honourable Member (Health), NITI Aayog, Chief Guest of the event presented the Inaugural address and Dr Indu Bhushan, CEO, National Health Authority was the keynote speaker at the event.  NATHEALTH presented a representation to govt. on key reform ideas that will unlock the potential around Ayushman Bharat, investments and UHC, quality, skilling and healthcare innovation.