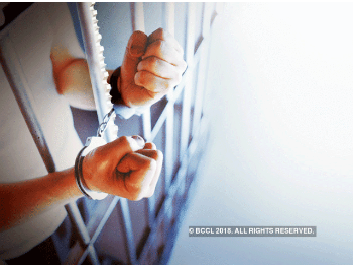 New Delhi: Three persons have been arrested for cheating gullible people out of money by promising them cures for chronic and terminal diseases through homemade medicines, police said on Friday.

Deputy Commissioner of Police (Central) Mandeep Singh Randhawa said that Mujamil, 34, Ravi Yallappa Shatty, 38, and Manoj Govind Shirke, 34, are from Belgaum in Karnataka and were arrested from Delhi on Thursday.

“They will dispense adulterated medicines to patients, advising them to consume these for a minimum period of four months and charged them money depending on their financial condition.”

They assured the people about refund of the money if their medicines didn’t show results.

The three were involved in such cases in cities like Delhi, Surat, Vadodara, Pune and Indore.

“As for their modus operandi, the gang would rent a premises and set up an ayurvedic medicine shop. Then they lured gullible people through agents who scouted prestigious hospitals like AIIMS, Ganga Ram, Max and religious places looking for cures for cancer, AIDS and other terminal diseases,” Randhawa said.

They plied their racket for two to three months before shifting base to a new city.