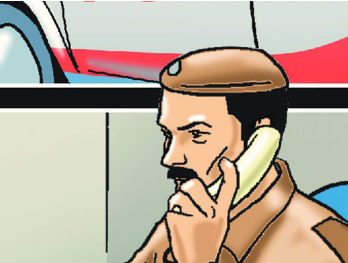 Chandigarh: Having gotten anticipatory bail from the Punjab and Haryana high court in a case registered against him by the state vigilance bureau (SVB), Haryana State Pharmacy Council (HSPC) suspended president Krishan Chand Goyal on Friday claimed that the case against him was a ploy by health minister Anil Vij.

Goyal was the president of HSPC since 2014. He was suspended on December 22, 2017, after the bureau had booked him in a case of corruption and cheating, following a probe.

He said Vij had opposed the minister’s choice for the post, Arun Prashar, as he was just a diploma holder, while the requirement was that of a graduate degree. “We raised this issue before the minister but were intimidated,” he alleged.

Goyal sought the intervention of the chief minister’s office (CMO) and a reinvestigation into the case. He also claimed that the name of the working president of the council, Sohan Lal Kansal, had cropped up in a medicine purchase scam highlighted by Hisar MP Dushyant Singh Chautala.

Claiming to be a victim of vendetta politics, Goyal said though the court had given him the benefit of anticipatory bail, the government had used the vigilance bureau against him. “Despite the fact that all had been done at the end of the registrar’s office, I was accused of tampering with the proceeding book of the council. I was also accused of opening more bank accounts, whereas the current management had not only opened account in a private bank, but had withdrawn Rs 1.5 crore,” he said.

When contacted, Haryana health minister Anil Vij dismissed the allegations levelled by the suspended president of Haryana State Pharmacy Council (HSPC), Krishan Chand Goyal. “The case against Goyal was registered after a probe was carried out on the basis of complaints against him, much before we formed the government. The council is an autonomous body and we have no reason to interfere in its functioning,” he said.