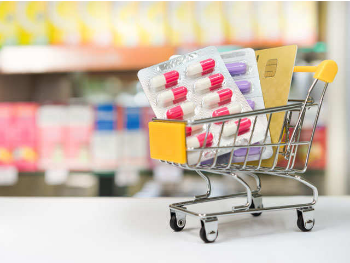 Trichy: The Tamil Nadu Chemists and Druggists Association (TNCDA) here on Sunday announced that pharmacies across the state would be shut on September 28, in order to showcase their opposition to E-pharmacies and online medicine sales.

A resolution was passed regarding this during a two-day TNCDA state conference, which concluded on Sunday. The TNCDA members said that pharmacies would be shut for 24 hours starting from 12 am on September 28. There are around 35,000 pharmacies in Tamil Nadu. Out of this, apart from the 5000 pharmacies attached to hospitals, the rest would participate in the strike, TNCDA members said.

Druggists and chemists claimed that the central government has indirectly been promoting E-pharmacies and online sale of medicines. TNCDA members said that this would totally affect the livelihood of all the pharmacists in the state. They said that apart from this, the other main reason for them to oppose E-pharmacies was due to the possibility of drug abuse. “Already drug abuse exists among youngsters. Through E-pharmacies, it would only increase to a large extent as youngsters via online could purchase drugs for negative purposes like getting high etc.,” claimed president of TNCDA K Manoharan.

TNCDA mentioned that widespread protests across the cities in TN would also be conducted on the day of the strike. They asked the public to purchase medicines in advance, prior to the strike.