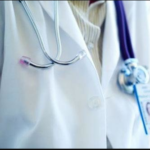 Dehradun: In January 2017 World Bank had approved a loan worth $100 million to scale up medical facilities in Uttarakhand and in the past one year, Rs 4 crore has been released but not much work has been done on the ground.

According to the MoU signed by the Centre, Uttarakhand and World Bank, one of the components of the project would entail engaging private sector for health services in the state while the other on stewardship and system improvement. There will be multiple self-contained clusters of clinical services from operators on a PPP model. These PPP mode facilities will provide services for free or at nominal charges. Health services under the project will have a robust oversight and monitoring mechanism that will be fully integrated with the expanded health insurance programme in the state.

In almost a year, the state could manage to spend barely Rs 71.5 lakh under the project titled —Uttarakhand Health System Development Project (UKHSDP). Surprisingly the money has been spent only on the ‘salaries of four doctors and office contingencies’.

Though the prime motive to start the project was to take health facilities even in the far-lying corners of Uttarakhand but the project has failed to take off from headquarter in last one year.

The department is claiming that twice tenders have been floated in the past year, once in April 2017 and another in February 2018. However, it failed to garner any potential response from the private players. Now, the tenders will be floated with changed eligibility criteria.

Senior officials connected with the UKHSDP project alleged that it was due to the lackadaisical approach of administration involved from the beginning of this project that it could not take off on time. “The project in its first six months saw zero progress, however, in the past three months things have gathered pace after World Bank officials pulled up state government over the laidback attitude towards the project.” she added.

Through tender process each district’s two community health centre and district hospital will be handed over to a private player to take care of entire facility. While a MS of health department will be deployed in the health facilities to monitor transparency and effective operations by the private player. In state one Tehri’s Devprayag and Baleshwar will be given out on PPP mode. After Tehri, all the remaining 12 districts will see similar cluster approach to improve health facilities.

In the next phase, five district hospitals will be provided National Accreditation Board for Hospital and Healthcare Providers (NABH) accreditation which is gained only after a hospital qualifies certain guidelines laid by Quality Council of India. District hospital Chamoli, Pauri, Pithoragarh, Champawat and Uttarkashi will be upgraded to acquire NABH accreditation.