New Delhi: The growth of economy hinges on the health of human resources in a country. The target of achieving 5 trillion economy enshrined in the union budget may be laudable but it is not achievable at all, given the prevalent state of healthcare in India. Healthcare leaders in their reactions have tried to hammer home this pre condition for a robust economy.

Dr. Prathap C. Reddy, Chairman, Apollo Hospitals Group has lauded 5 trillion economy visions but, at the same time, has also implied that the vision will presuppose waging a war against tsunami of non communicable diseases. It is a given that communicable diseases are undermining the productive years in India.

In a statement sent to Medicare News, Dr. Prathap C Reddy said, ‘My compliments to the Finance Minister for outlining Modi 2.0’s vision to take the nation to new heights over the next five years. Reminding citizens of their duty to India, the budget presented a long term vision to achieve a $5 trillion economy by 2024. The Apollo Hospitals group resolves to do its duty and join the nation in waging a war against the tsunami of non-communicable diseases that threatens the health of society, leading the country into a global initiative to stop the growth of NCDs in its tracks.”

NATHEALTH President Dr. H Sudarshan Ballal said, ‘Union Budget 2019 appears to be comprehensive, wide-ranging and balanced with many positives for the economy. However, going forward the government needs to revisit unfinished agenda such as ‘Priority Sector’ status to Healthcare for smooth credit flow, mandatory universal health insurance, tax incentives for capacity building, creation of a dedicated infrastructure and innovation fund.’

‘A healthy India will be a prerequisite to a 5 trillion dollar economy. NATHEALTH would like to underline the need for making healthcare an integrated part of the policy and fiscal planning with adequate investments to achieve this vision. We are pleased with the focus on ease of living in this budget and believe that the health sector can play a pivotal role across the broad pillars of economic growth, skilled employment and ease of living themes,’ said NATHEALTH Secretary General Siddhartha Bhattacharya.

Swadeep Srivastava, Founder & Chief Belief Officer, India Virtual Hospital, said, ‘The budget may not be the expected one for the healthcare segment but it is a fairly decent one. The overall health allocation has gone up from Rs 63538 Cr in the interim budget to Rs 64999 Cr in 2019-20. A raise of Rs. 1750 cr may not look very promising on papers but when we see it in context to previous years’ budget allocation of Rs. 54668 Cr; it is a YOY increase of Rs. 10000 Cr.  With an increasing number of claims and popularity of Ayushman Bharat, a scheme-specific announcement would have been ideal.’

We had great expectations from the union budget 2019 in respect to an increase in healthcare expenditure. However issues such as the increasing disease burden of the country, need to boost preventive healthcare and improving access to affordable and quality care were completely missed out by the new government which is extremely discouraging. While Ayushman Bharat was listed as a key focus area, clarity is needed on how it would be strengthened to reach a larger population. Health is wealth is a popular saying and we must understand its significance. Without a strong healthcare focus, the economy of the country and standard of living of people can’t be elevated in the true sense.’

‘It is heartening to see the increased focus on Swachh Bharat, water, hygiene, and sanitation. These will go a long way in reducing preventable water and food-borne diseases in the country. As the President of an healthcare NGO, I welcome the government’s move to set up an electronic fundraising programme for social enterprises and voluntary organisations. This will go a long way in helping us build capital and extend life-saving programmes to a larger section of the population, Dr Aggarwal added.

Mr. Saurabh Agarwal, Chief Financial Officer (CFO), Medlife.com reacted saying, ‘The Modi Government 2.0’s 1st Union Budget touched upon many facets of infrastructure growth and sustainable development of industries in rural as well as urban India. It talked about all-round development of waterways, roadways, airways, metro corridors, railways as well as space programs. However, one crucial aspect that was missing from the overall budget was increasing spending in the healthcare sector. We hope that an added focus is laid during the next five years on preventive and curative healthcare for only if a country is healthy is it truly prospering.’

‘The focus on start-ups came up very strongly during the budget as it addressed all the prevalent issues around “Angel Tax”, “Valuation issues” and “Fundraise opportunities”. We welcome the step towards the Global Investor meet through the NIIF to attract global players, leading industries, sovereign wealth funds, and digital venture funds. A dedicated TV channel for start-ups under the Doordarshan Group to promote entrepreneurship will go a long way in encouraging people to turn their ideas into reality in the remotest areas of the country, added Mr Saurabh

Ms Meena Ganesh, MD & CEO, Portea Medical, said, ‘It is heartening to see the key issues faced by startups in the country being addressed in the Union Budget 2019. The budget is definitely pro-entrepreneurship and provides clarity and relief in respect to the arbitrary Angel Tax that has been stalling startup growth in the country over the past few years. Start-ups no longer need to be worried about coming under the scrutiny of the Income Tax Department as long as there is a full disclosure of the identity of the investor and source of income which is fair and straight forward. The exemption of capital gains from the sale of residential property for investment in start-ups till FY 21 is a welcome move. The new dedicated stat-up channel to be operated by the Doordarshan Group will encourage people in the remotest parts of the country to take the path the entrepreneurship and will help SME’s strengthen their operations. The relaxation of conditions for carry-forwarding and setting off company losses will also boost the ecosystem.’ 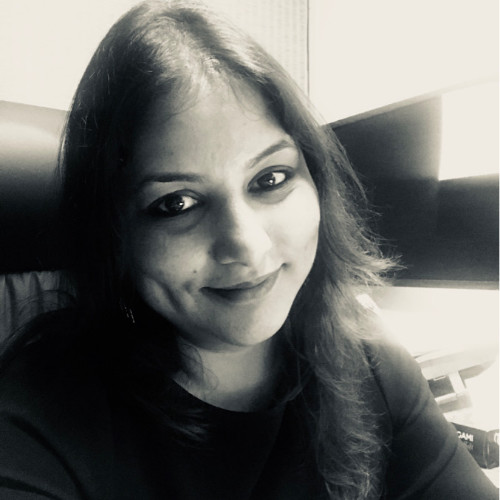 Neha Rastogi, Founder, Agatsa said, ‘As a leading homegrown healthcare start-up, we are extremely happy to see various entrepreneurship-friendly provisions in the Union Budget 2019 along with an emphasis on MSMEs, Start-ups, and medical devices under the Make in India campaign. The resolution of the Angel Tax issue will go a long way in helping start-ups reach their full potential.

The step towards boosting foreign investment in the manufacturing sector in India is a welcome move. The budget proposes a National Research Foundation which will be a corpus of funds pooled from various ministries. This can help promote R&D in the healthcare space thereby reducing the disease burden in the country. Apart from this, there is a plan to include advanced training on topics like AI, VR, Big Data, and Robotics, etc. which will augment the capabilities of Indian entrepreneurs and put them on the global map. The government has also taken some great steps towards promoting women-led initiatives. Another encouraging move has been the provision of offering up to Rs 1 crore of fresh or incremental loans within an hour through the online portal. Overall, the budget is quite encouraging for innovators and technology-oriented start-ups. We were however looking forward to a stronger focus on increasing the healthcare budget which was completely missing for this budget.