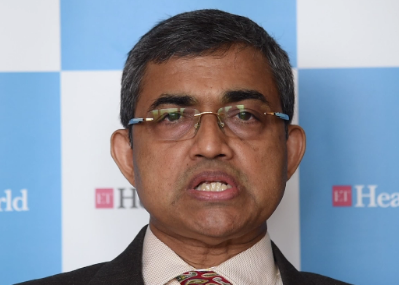 How was the last Fiscal Year for the IVD industry ?
During the last fiscal year, the Indian IVD industry faced its own share of challenges, such as the after-effects of demonetization, introduction of GST midway, and its varying percentage on instruments, reagents and other consumables. Inspite of all these hurdles, I am glad that the industry has come together and performed consistently well and it is has been yet another robust year for the Indian IVD industry. As you must be aware, in the past few years, the industry has grown upward of 15% and last year has been no different.

Where is IVD placed in Ayushman Bharat ?
Our Prime Minister has announced this very ambitious program – Ayushman Bharat to provide a health cover to more than 40% of our populace very soon. Needless to say, diagnostics play a significant role in the identification of pathogens and disease profiles and thus enable clinicians to actually do their duty well. So I would say in a country like India where only 30% of the population has ever got its blood tested; there is a huge runway in front of us! Hence, we need to scale up our own capabilities and infrastructure to reach out to those larger masses which could be within the urban areas, the tier III and IV towns. The objective is that everyone gets their blood tested atleast once, not because they could be suffering from a disease but rather because it is a necessity.

How can Ayushman Bharat be made more sustainable?
In order to make Ayushman Bharat or any such other ambitious programs really successful and sustainable, I believe that as an in-vitro diagnostic player we need to manufacture more in India. But in order to manufacture more and reach out to the large masses, we will also need good quality certifications. All this while, we have been relying on external agencies which have been having the certification largely (apart from the ISI or Indian standards). However, we are happy that ICMED is now available to Indian companies as a certification from our own homegrown basis. So, instead of having only the US FDA or CE mark which are not only costly but also resource relevant in the foreign countries, ICMED will definitely reduce the cost. Further there will also be a reduction in the lead time that was invested in getting these certifications on the quality of the products, both instruments and reagents. With ICMED, we can make Ayushman Bharat or the equivalent programs really possible here.

The Indian Government has also published a Preferential Market Access or Preferential Purchase Policy for the products made in India. This will again go a long way in reducing the reliance on the imported medical devices in general and specifically the imported IVD devices. Make in devices will obviously be more affordable and thus the reach could be significantly enhanced too.

Trends and Regulations in the diagnostic industry
Just recently, WHO has published the list of essential diagnostics, better known as EDL. We are all aware of the Essential drug list which has been published several years or decades ago and how the countries around the world have benefited from it. On the same lines I am sure, the EDL also will help us tremendously. I am very happy and proud that India is the first country to adopt the same and the list of the essential tests relevant to India, is evolving as I speak. India’s EDL will not just focus on HIV or a few other communicable diseases but much more. Using this EDL will actually help us develop our own infrastructure, tighten the regulations. It will help in diagnosis in order to reduce the entire disease burden on the population, rather than focusing on just episodic or disease profile base kind of analysis. Though it is a welcoming move, we need to have our own systems developed tremendously well and in a very short span of time to make it truly effective. The regulations here have to be tightened even more.

Recently there was another Supreme Court ruling that insisted that the laboratory technicians themselves will not be able to sign the diagnostic reports and clinicians such as pathologists, will need to do that. There are a host of other regulations which are coming into effect as we speak. The industry welcomes the regulations, however they need to be supported by development in the infrastructure, education, training and awareness.