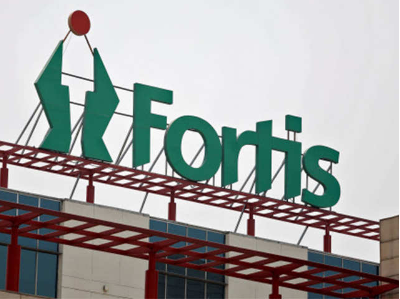 Inquiries into fund diversion at Fortis Healthcare have revealed that transfers to entities connected to the erstwhile promoters were authorised by Malvinder Singh, the elder of the two siblings who controlled the Fortis-Religare combine, though both had links to these entities.

Younger brother Shivinder Singh remained a “ghost entity” who was at best informed about the transactions, according to sources directly briefed on the matter. “Shivinder was at no stage involved in authorising the transactions,” said one of them.

Malvinder Singh was executive chairman of Fortis Healthcare at the time the transactions were authorised, while Shivinder Singh was nonexecutive vice chairman. Both were either founder directors in three entities that were the recipients of inter-corporate deposits (ICDs) from a Fortis subsidiary or had held directorships in the entities and stepped off their boards prior to authorising the transactions, according to the sources.

The external probe also established links between the former promoters and the entities as they had placed shares of a company that owns the Fortis brand as collateral for loans taken by the entities. Malvinder Singh rejected the findings, and cited a “vindictive approach” to the former promoters. “While we await the Luthra & Luthra report from Fortis Healthcare, would like to mention that there has been no mismanagement or misuse of funds & position,” Singh told ET in an email.

“Treasury operations has been a profitable part of the Fortis business for the past many years. All decisions on ICDs, which were part of the treasury operations, were collectively taken by the respective decision making bodies at Fortis after deliberations. Presently there is a vindictive approach from parties with vested interest towards the former Fortis promoters in these challenging times.” Fortis Healthcare said in an emailed response: “All relevant information has been shared with the stock exchange through notification.”

The investigations also revealed that key management personnel at Fortis including CEO Bhavdeep Singh, the CFO and the company secretary, had objected to the transactions on various occasions over the past three years. The investigations were carried out by law firm Luthra & Luthra on the instructions of the Fortis Healthcare board after the transactions first came to light in a media report in February and have been the subject of regulatory scrutiny ever since.

The investigations identified a pattern of rollover of ICDs over a period of several months starting July 2017. The ICDs would be repaid by cheque by borrowers at their 90-day expiry and would immediately be funded through executing a new set of ICDs in favour of the borrowers. No collateral security was created for the funds given to the borrowers till as late as February this year, the investigations noted.

ET had reported that the entities that were the recipients of funds to the tune of Rs 473 crore had minimal capital and did not have the ability to repay the funds. Fortis Healthcare has initiated legal proceedings for the recovery of funds from the entities concerned, it said in the filing. The law firm also said in its report that no direct linkages were found between Fortis Healthcare and its subsidiary Fortis Hospitals Ltd and the borrowers, but the promoters had tried to sell personal assets to repay the ICDs, noting that the borrower companies could possibly qualify as related parties of the company as a result.

It also noted that Malvinder Singh denied any wrongdoing in written responses to queries from the law firm. The investigations also identified transactions involving investments by Fortis Healthcare in a Singapore-based fund of the India Infoline group, according to a source. The board of the company was briefed by the investigators that the transactions were referred to as ‘related party’ deals in internal correspondence between senior company executives but never disclosed in its financial statements. Malvinder Singh said this was above board.

“Regarding the Singapore-based fund, which is a reputed international fund, the same was proposed by the Fortis management and approved by the Board,” RHC told ET. “Fortis subsequently encashed it and made profits from the fund.” The company has shared the findings of the law firm report with the Securities and Exchange Board of India (Sebi) and the Serious Fraud Investigation Office.

The report pointed to systemic lapses and the override of controls at the company. Fortis said it would appoint an external agency to undertake scrutiny of the internal controls and compliance framework in its disclosure to the stock exchanges.