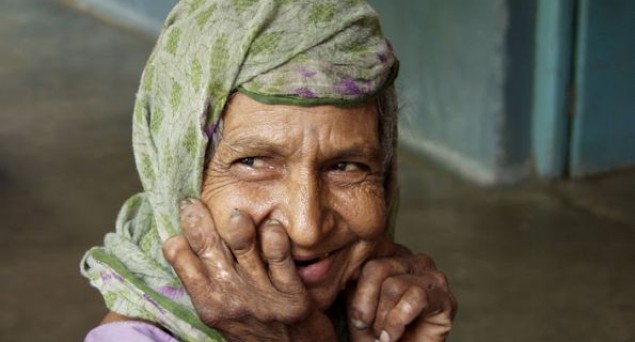 New Delhi: Leprosy cases in India keeps spiking intermittently making its eradication elusive. Every year over 2 lakh new leprosy   cases are detected around the world, with India accounting for more than half of these. Talking extensively on the dreaded disease, Dr D M Mahajan, Senior Consultant, Dermatology, Indraprastha Apollo has said, ‘Eradication of leprosy depends on early treatment.’

World Leprosy Day, focussing on the target of zero cases of leprosy-related disabilities in children, was observed globally on January 27. India observed it on January 30 (Mahatma Gandhi’s death anniversary). According to websites of the World Health Organization (WHO) and India’s National Leprosy Eradication Programme (NLEP), new cases have declined gradually since 2008. However, they hit a sudden spike in 2012 and 2016. 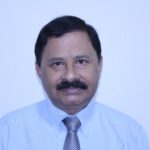 Dr. D. M. Mahajan said, ‘Delay in seeking treatment for leprosy can have dire consequences for the patient.  It can lead to permanent physical disability, disfigurement, permanent nerve damage which can lead to inability to use arms, legs, hands and feet, loss of hair (even from brows and eyelashes), glaucoma (damage to optic nerve in eye), inflammation of iris, blindness, infertility due to erectile dysfunction, kidney failure, severe nasal congestion, and many other complications. Which is why, it is of utmost importance that the disease is diagnosed and treated early to stop its progress before it leads to severe tissue damage.’

Dr Mahajan further said, ‘Leprosy is not incurable. Multi-drug therapy which was developed by WHO in 1995 has proven to be highly effective in treating the infection. Government of India provides treatment of leprosy free of cost. However, there are many people who do not seek treatment for leprosy, mainly to avoid facing the stigma and discriminations which come with it.’

People suffering from Leprosy or ‘Hansen’s disease’ face significant stigma and prejudice. For thousands of years, people suffering from the disease have faced intense discrimination and exile from society. Even today with so much awareness about the disease available in the public domain, leprosy patients continue to suffer from social isolation, lack of facilities and public apathy.

Leprosy is a chronic, progressive infection in which a person’s skin, eyes, respiratory tract and peripheral nerves get affected. It is caused by Mycobacterium leprae, and while the disease is not highly contagious, repeated contact with the infected person leads to infections. The pathogen spreads through the infected droplets which are released in the air when the infected person sneezes or coughs.  These air-borne mucosal secretions, if inhaled by a healthy person, can lead to leprosy infection. The disease progresses slowly as its incubation period are five years; however the symptoms may not appear for as long as twenty years. Skin lesions, granulomas (bumps on skin), numbness of appendages, muscle weakness are some of the common symptoms associated with leprosy. Lepromin skin test is used to determine the contraction of disease, as well as its type and stage. A correct clinical diagnosis at an early stage of infection is vital.

While it is true that as a precaution, long-term physical contact with an infected person should be avoided, there is no need to completely isolate a person who is diagnosed with leprosy infection. Also, after the course of treatment, when a person is free from infection, then they are no longer contagious. They can resume their role as a productive citizen in the society. However, the stigma attached with leprosy rarely allows that to happen.

The family of the infected sometimes also gets shunned by the society. People with leprosy face difficulty in getting good job prospects, and with the added burden of bearing medical costs for the disease, it can potentially lead a person (and his/her family) to financial ruin. The infected person is not allowed to share food, drink or even the company with healthy people and this continues till he/she is sent to live away in a leprosy colony.

‘Eradication of leprosy depends on eliminating the taboos and superstitions associated with the disease. To do so, it is essential to increase the penetration of awareness and understanding about what the disease is, how it works and, most important, how effective the treatment is if the disease is treated early, adds Dr Mahajan.