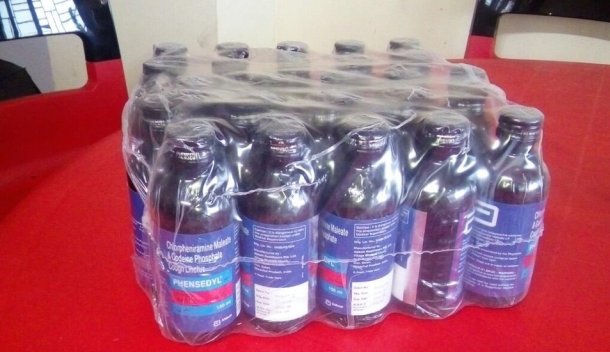 Even after the government ban on Codeine-based cough syrups, 12,000 bottles of Phensedyl seized from a village in West Bengal by the Border Security Force on Monday. These syrups were easily available at chemist shops earlier but had become a major menace as many youths became addicted to them, so government banned them.

Codeine-based cough syrups proved their effectiveness in suppressing cough and cold but because of the active ingredient Codeine, which is a narcotic, these were misused by youth for addiction. Codeine belongs to opioids and if opioids are taken in more than recommended quantities then it can be highly addictive and for a prolonged period.

BSF ran a joint operation with the Narcotics Control Bureau (NCB) officials and recovered these bottles in North 24 Parganas district.  BSF officials said that our troopers conducted a raid in a house in Rasdui Dakshin Para village and seized several cartons of the cough syrup.

As the house was vacant, so no smugglers could be arrested.  In 2017, The BSF’s south Bengal frontier has seized more than 1.39 lakh bottles of Phensedyl valued at nearly Rs 1.70 crore and arrested 23 Indian and three Bangladeshi smugglers during different raids in 2017, so far.