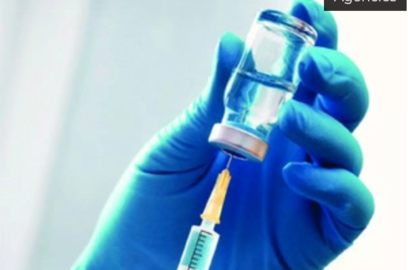 New Delhi : Around 8,000 vials of the human papillomavirus vaccine (HPV) given for prevention of cervical cancer were wasted at Delhi State Cancer Institute (DSCI) owing to no takers in the past two years.
HPV vaccination was first started in Delhi in November 2016 at the Shahdara branch of DSCI, which is the only government institution providing the vaccine for free to adolescent girls aged 11 to 15 years.

“We are procuring a fresh supply of the vaccine as the contract with the company based on the old rate has expired. We hope to restart vaccination soon. The company has picked up stock for replacement, but Covid-19 has hampered the process,” said DSCI medical director Dr Kishore Singh.

An official said due to the lockdowns and the focus being on inoculation against Covid-19, there were hardly any takers for the cervical cancer prevention vaccine. “Around 8,000 vaccines have expired. They had an expiry date of two years. As there was a low turnout in the past two years, they could not be used,” added the official.

“Also, we have very little stock left. We have asked the state health department for procurement of the vaccine since we have to import it from other countries. We are not operating in the same manner as in the pre-pandemic era, but if anyone comes for the vaccine, we will provide it to them from our limited stock,” the official said.

Another official said they were procuring two types of the vaccine from abroad — Cervarix from the UK and Gardesil from the US. “Despite these vaccines being expensive, we are providing them for free to adolescent girls,” added the official from the hospital.

When the programme was launched, it had few takers. “A lot of motivation was required to get the girls to take the vaccine in the initial days. However, with time more girls started coming. Demand surged after 2018 as hesitancy among girls went down. Now, they are more aware as they have researched why the vaccine is needed,” the official said.

Initially, the programme was held in collaboration with schools. Later, with growing awareness, girls started coming on their own.

“We met the principals of both government and private schools and asked them to educate girls on HPV and cervical cancer. We also had to identify the target audience, which was possible only through schools. As of now, we are focusing on east Delhi. We had planned to expand the programme, but couldn’t due to lack of manpower and infrastructure,” said the official in-charge of the programme.

Before the pandemic, the facility was vaccinating 250-300 girls every month. “Since August 2020, we have vaccinated 4,000 girls. Now, around 500 girls who were supposed to take their second and third doses are coming, along with the first timers,” said another official. “Even one dose is enough to boost immunity to resist cervical cancer,” added the official.