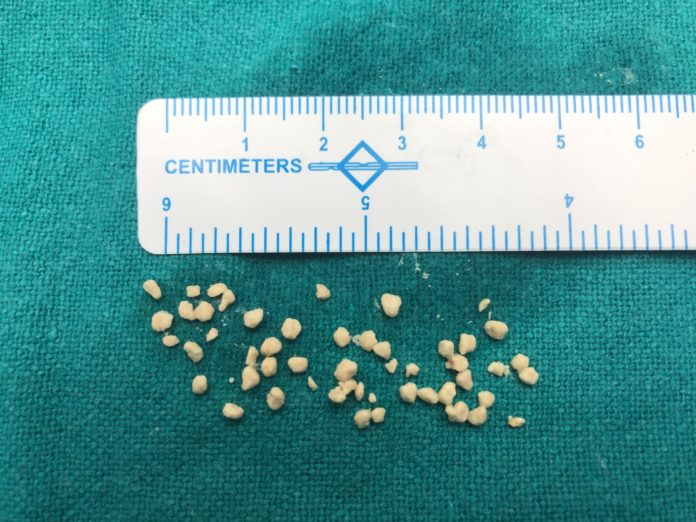 New Delhi: Doctors at Sir Ganga Ram Hospital operated on a 66 year old Iraqi patient and removed 53 stones from her salivary duct and gland. This surpasses global milestone of 25 stones removed so far. Stones were picked up flawlessly without causing any injury to the gland.

The entire procedure took two hours and at the end 53 stones were removed.

According to Dr Varun Rai, ENT Consultant, Sir Ganga Ram Hospital, “The biggest challenge was to remove all the stones without causing any injury to the gland or thin 3 mm wide duct. The stones were removed painstakingly one by one using baskets and forceps without any cut in the body.’

Dr Varun further added, “After extensive review of worldwide literature a single parotid gland having more than 25 stones within the parotid duct is not previously reported. “

66 year old lady hailing from Baghdad, Iraq was suffering from recurrent attacks of pain and swelling of the right sided parotid gland after having food or drink. This wreaked havoc on her quality of life with her having to place severe restrictions on what she could eat.

After consultation she was diagnosed to have multiple stones in her right sided parotid duct with the largest stone being about 8mm in size stuck midway between origin and end of the duct.

Most of the doctors she had shown to in her country and surrounding regions suggested a radical procedure of removal of parotid gland which would inevitable leave an unsightly scar on the face and in all likelihood leave her face paralysed.

She came to India having heard of a procedure called sialendoscopy where a small endoscope measuring just 1.3mm is inserted into the duct of the parotid gland and the cause of obstruction is directly addressed.

She underwent the procedure in Sir Ganga Ram Hospital, where the endoscopy of the parotid duct revealed that the large stone seen on CT scan was actually a cluster of smaller stones impacted together. 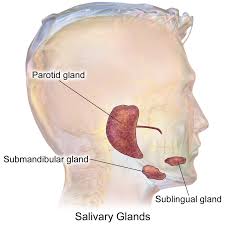 Doctors led by Dr Varun Rai at Sir Ganga Ram Hospital said,”This is quite a rare case with such a large number of stones in the parotid gland. The incidence of stones in the parotid gland is less than 0.02% of the general population and multiple stones are rarer still. However, a single parotid gland having multiple stones in excess of single digit numbers is virtually unheard of. After extensive review of current literature a single parotid gland having more than 25 stones within the duct is not previously reported. Due to the advent of sialendoscopy these types of surgeries can be accomplished without the need for any cut and complete functional gland preservation is the norm. “

The patient was sent home on the first post surgery day and she can finally have her choice of food without suffering pain. The patient and her attendants when shown the large number of stones removed from her gland remarked that “so many stones, I can build a house now.”