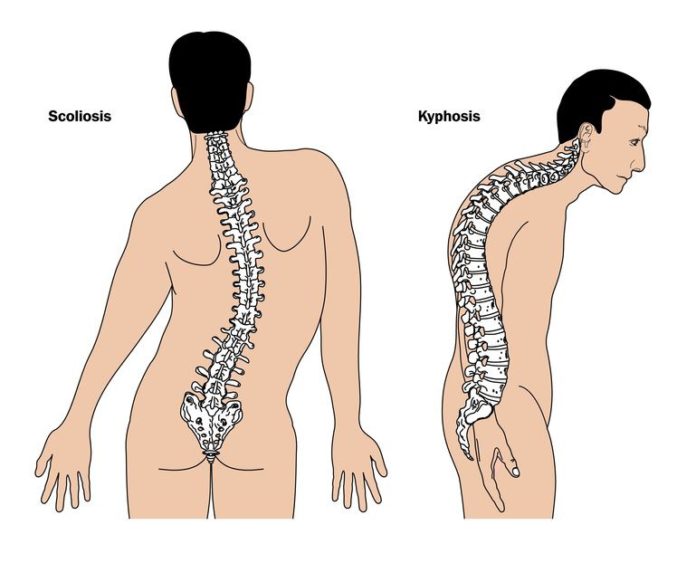 New Delhi: There is utter lack of awareness among people about scoliosis which deforms spine badly. Catching it at onset is a must to avert the impending deformity. The successful surgery, a complicated one, in Manipal Hospital in Delhi presents an opportune example as June is observed as scoliosis awareness month and the last Saturday is observed as International Scoliosis Awareness Day.

A 8- years old girl Rajni ( name changed) was suffering from an early onset Scoliosis (complex spinal deformity). Thin built and with 11 kg weights she was facing a progressive deformity of spine since birth and started affecting her breathing. Rajni was admitted to Manipal Hospitals, Dwarka in spine surgery department, where she was evaluated and diagnosed to have severe kyphoscoliosis with the left main thoracic curve with Cobb’s angle 150 degrees. A team of spine surgeons Dr. Saurabh Verma, HOD – Spine Surgery and Dr. Hamza Shaikh, associate consultant spine surgeon has corrected the deformity in two stages: Halo-Gravity Traction followed by Growing Rods Technique. Post-procedure, the patient has recovered well and on follow-up, good correction of the deformity with optimal coronal and sagittal balance was appreciated.

“She will be requiring the sequential distraction of the growth rods every six months, which will keep on correcting the deformity and as well as allow the spine to grow at each distraction procedure,” explained Dr Shaikh.

The case posed several challenges to the team. Her young age and growing spine, conventional scoliosis deformity correction and fusion surgery would have hampered the future growth of spine, thoracic cavity and overall height of the child. Moreover, the severity of the deformity (150 degrees Kyphoscoliosis) which was affecting her respiratory function was yet another challenge.

“Post examinations, we decided to perform the procedure in two stages. Halo ring was applied on the head for the gravity-assisted traction, which enables some correction of deformity and improves the respiratory function. It was continued for 3 weeks in the hospital and the child was undergoing daily rigorous monitored physiotherapy using a modified wheelchair and walker. In the second stage, we performed Dual Growing Rods technique for the correction of the deformity under neuromonitoring control.” Dr Verma

The expert observed that there is a lack of awareness among people about scoliosis. June is celebrated as scoliosis awareness month and the last Saturday is observed as International Scoliosis Awareness Day. This year on June 27 (Saturday) Scoliosis Day would be observed.

Scoliosis is an abnormal, sideways curvature or bend of the spine. Scoliosis Research Society defines it as a lateral curvature of the spine greater than 10 degrees. This condition commonly affects growing children. Scoliosis is also associated with rotation of the vertebral bones. As the ribs are attached to the spine, this rotation causes an abnormal projection of the ribs on one side called a rib hump. According to experts, scoliosis can be idiopathic, congenital or neuromuscular etc. The general goal in scoliosis is to prevent the curve progression and to achieve a balanced spine. The treatment options depend on the size and progression of the curve, age of the patient and the etiology of the scoliosis.

The treatment options include:

Early surgery is recommended in some young children who are born with abnormal spinal bones. Manipal Hospitals, by treating Rajni, proves that combined use of Halo-Gravity Traction & Growing Rods Technique is one of the best options in the treatment of severe early-onset scoliosis deformity.