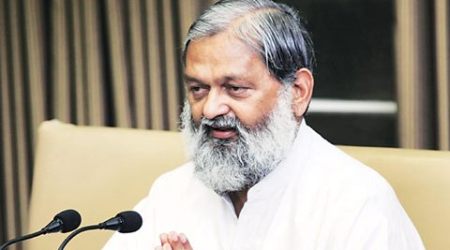 Gurugram is known as millennium city of the country and providing maximum share of revenue to the State. But here medical services are is poor shape.It minds sound unbelievable as  Gurugram has several five star hospitals namely,Medanta, Fortis and Amritas also where even patients from abroad visits for treatment .But we are talking about services available in  Govt,. Hospitals and Dispensaries, as  but to speak of a common man even middle class man cannot afford treatment at private hospitals. Abhay Jain who has got information about shortage of doctors and other staff through R.T.I.  has urged Haryana Chief Minister,Manohar Lal and Health Minister Anil Vij to pay attention towards solving this problem.

In absence of adequate medical facilities  at Govt. Hospitals, patients are forced to get treatment at costly private hospitals .

Even private hospitals who have been provided subsidized land by the Govt. for opening of hospitals are not providing free treatment  to patients living below poverty line despite the provision in agreement between them and the  Govt. for allotment of subsidized land .

Situation is pitiable in Mewat. Posts of ,medical officers and  staff nurses are vacant in several Primary Health Centers.