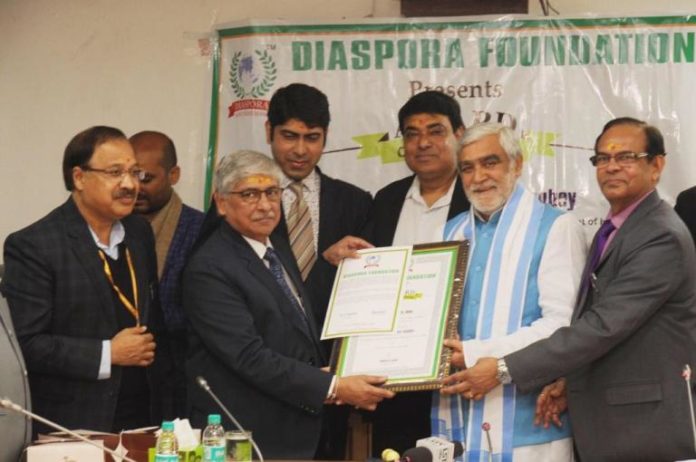 New Delhi: Rajiv Noath, Founder and Forum Coordinator of Association of Indian Medical Device Industry (AiMeD) has most deservedly won a global recognition. Union Minister of State for Health and Family Welfare has conferred on him the prestigious ‘Award of Appreciation’ for his contribution to the Global Public Healthcare.

The award underlines his dynamic leadership making an indelible mark in the domain of medical technology.  His patient safety initiatives and efforts for affordable Medtech access have won him accolades all over the world.The Award of Appreciation Ceremony was organized by Diaspora Foundation on January 29th at Ministry of Health and Family Welfare, Nirman Bhawan.

Mr Nath was honoured for his valuable, remarkable and outstanding achievements in the field of healthcare & community services for affordable Medtech access & patients safety initiatives. His eminence and dynamic leadership to drive innovations and contributions in medical devices for healthcare has helped India to carve out a niche for itself in the global map. He has demonstrated remarkable and exceptional performances in setting the agenda and road maps for the future healthcare by setting an exemplary entrepreneurial competency and leadership in the healthcare industry not only by his own manufacturing company Hindustan Syringes & Medical Devices Ltd but also for the entire MedTech industry segment to realise his vision to position India among the top 5 manufacturing global hubs of medical devices.

Mr Nath, expressing his gratitude to Ashwini Kumar Choubey and Diaspora Foundation, said ‘I am pleasantly surprised and humbled to receive this award. It validates the contribution and efforts made by us at AIMED, HMD (Hindustan Syringes & Medical Devices Ltd) and AISNMA (All India Syringes & Needles Mfg. Association) to better the healthcare sector in the country and internationally in areas of Injection Safety, Drug delivery , Patients Safety & Affordable access.’

Mr Rajiv Further said, ‘This recognition by the Indian NRI Diaspora is an appreciation of the hard work and dedication we have made towards transforming the healthcare sector in India. I thank the teams of all three organisations who were always behind me, supporting my vision and working relentlessly to meet our common goal. We are glad MOH is serious about making PM Modi’s mission of making quality healthcare affordable and available to the masses at large. ’ 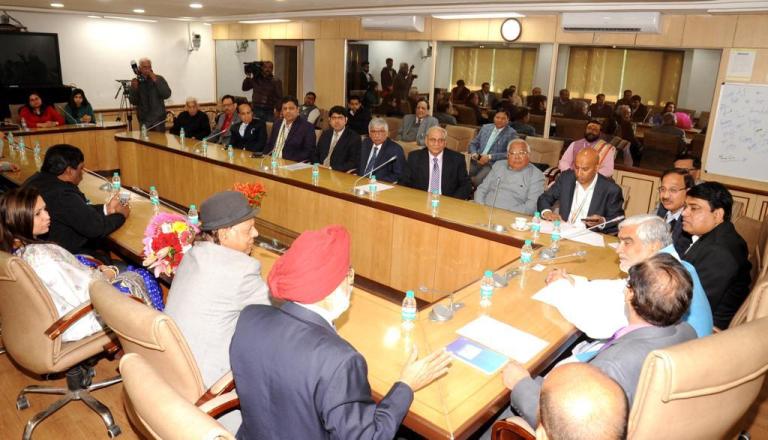 Recently Mr. Rajiv Nath has also been appointed as the Member on Board of National Medical Devices Promotion Council by DIPP, established to Boost & Strengthen the Indian Medical Devices Sector and lead India to an export driven market in the Medical Devices sector.

As the Founder and Forum Coordinator of Association of Indian Medical Device Industry (AiMeD), with over 350 Members nationwide, Mr. Nath has taken many initiatives of establishing a collaborative framework with various Dept. of the Govt. and Media to bring to their attention issues troubling the industry and attract investments into India in his quest to make India as the Global Manufacturing Hub of Medical Devices – Make in India, Preferred Manufacturing Destination and the leading supplier of Medical Device worldwide.

Mr. Rajiv Nath is also the Jt. Managing Director of Hindustan Syringes & Medical Devices Ltd. which is having a turnover of over 600 Crores, one of the largest manufacturers of Disposable Syringes in the World and the largest for Auto Disable syringes along with being the President of All India Syringes & Needles Mfg. Association (AISNMA).