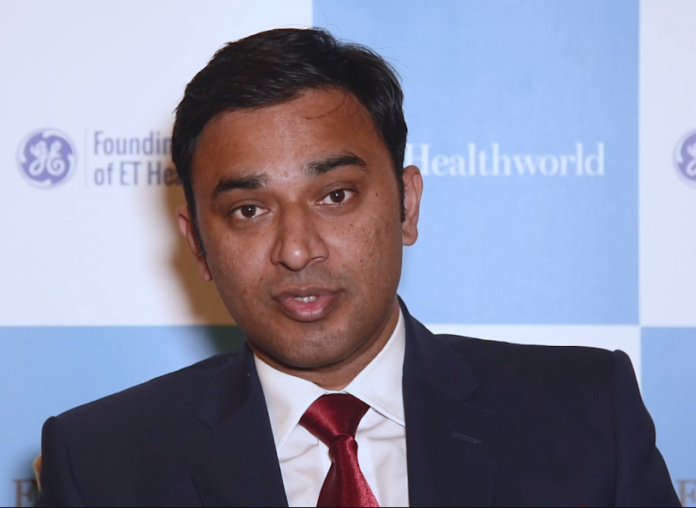 Colorectal cancer trends
Colorectal cancer is one of the commonest cancers in the world. If you look at the western world, the incidence is is as high as 35 per 100,000. Compare that with India, the incidence in India is about 4 per 100,000 but we have a population of close to 1.4 billion so we still have about 35,000 cancers in India itself. The problem is, our assessment or pick up rates are lower because of lack of awareness so we don’t know the true incidence and again with urbanization, dietary changes and change in social life I think these cancers are going to increase in numbers but again people are living longer as well. So we are going to see more and more of this and I think we should be prepared to deal with this huge problem.

Impact of robotic surgery
Traditionally, colorectal cancer has been dealt with open surgery. Two decades ago laparoscopic surgery was introduced. It revolutionized management of gastro-intestinal cancers due to smaller cuts, quicker recovery and eventually costs were also brought down eventually. But again, particularly for rectal cancer where the rectum is in the pelvis it was technically a challenging operation, difficult to train people that’s where the introduction of the Robotic technology has revolutionized what we do in rectal cancer. We are to do very precise dissections in a narrow pelvis for example and I think the technology helps us to achieve that.

Robotic surgery as a differentiator
Traditionally, if you look at surgical practice in India for example, the colorectal cancer has been dealt with mostly by oncologists who deal with everything, top to bottom. And sometimes surgical gastroenterologists do the same. By the time I went to England to get trained in the late 1990s, a sub specialisation had come our way because people are living longer, disease processes are getting more complex, and treatments are getting more challenging and expensive. So the belief was that if you do organ specific practice, as long as you know to deal with a particular organ, it can be a either cancer or non-cancer you get good at that and if you get good at that you do more volumes and your outcomes are better and that benefits the patients. And it also brings down the costs because you try to innovate, achieve the best results in the shortest period of time.

So as a progression to that when I finished my training and came back to India in 2010 I had the opportunity to meet Dr. Prathap Reddy, Chairman of the Apollo Hospitals, who was really pushing for this organ-specific practice because he believed that that was what India needed as the next step and also because robotic technology which was going to help us achieve some of the results. So we initiated a program–Apollo Colorectal Surgery Program–where we started sub-specialisation and formed the team.

And I think more and more you’ll see that all disease processes need to be managed in a multi-disciplinary team approach. It’s not just me but it’s the team who work as a group to achieve the best results. And the team includes radiologists, pathologists, medical gastroenterologists who all sit together. When we get a patient with colorectal cancer, we identify it, we confirm it and then this patient is discussed in the multi-disciplinary team meeting and we as a group identify the best treatment possible. So far example majority of rectal patients come in late because they just presume that it is just hemorrhoids or piles, self-treat them. And we see several patients who are treated wrongly. Most important thing in this scenario is that the patients have awareness that if the symptoms persist for four weeks then they need to see some specialist who can assess it.

Now once the diagnosis is made and the patient’s reports and results are brought to this multi-disciplinary team and then we make a decision on what is best for the patient. For example a rectal cancer patient may need to have radiation and chemotherapy prior to surgery so that we can shrink the tumour. Once that is done we give it some time and then the operation is planned. If it is a very advanced tumour we may have to do open surgery but if it is reasonably at an early stage then advanced technologies like robotic surgery can really make a difference in providing a very minimally invasive approach so that the cuts are smaller, the tissue handling is less, the tissue recovery post-surgery is quicker, patients get out of bed quicker, the complications like chest and wound infections are much lesser. So that is how we have evolved this program and have seen clear benefits to that end.

Challenges
One of the big challenges when you introduce a new technology is that somebody is going to pay for it. So this is what happened when laparoscopy was introduced 20 years ago. The open surgeons were just worried as to how we are going to afford these costs. But the more and more you do, your volumes go up, your time comes down, and you innovate and the cost comes down. I am now convinced that’s what’s going to happen with robotic surgery. In our own practice, robotic program was set up two years ago and we already have one of the busiest robotic colorectal programs in the country.