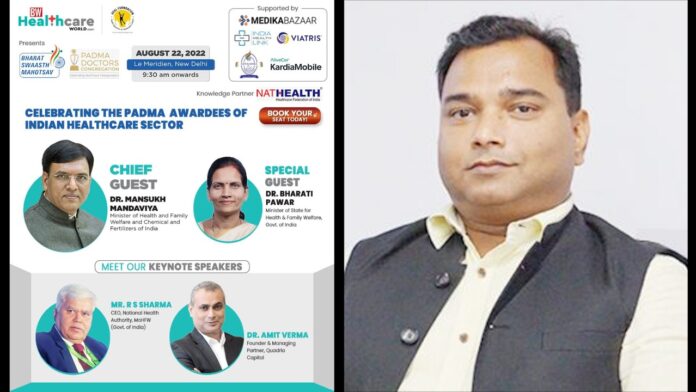 When the entire nation is celebrating Azadi Ka Amrit Mahotsav on the completion of 75 years of India’s independence to commemorate its history, people, culture and achievements, it is only befitting to hold Azadi Ka Amrit Mahotsav. BW Businessworld in association with HEAL Foundation presents ‘Bharat Swaasth Mahotsav’ scheduled for August 22, 2022, in New Delhi, to celebrate ‘Healthcare Changemakers in India since independence’.

The role of frontline responders has been immense during the testing time of COVID-19. The hard work and commitment of doctors and healthcare professionals during this challenging time even at the altar of losing their lives is memorable in the history of mankind. They have been the real heroes who have risked their own health and lives to serve and save patients battling between life and death during COVID-19. The nation will always be indebted to them. And the ‘Padma Doctors Congregation’ is going to be organised to pay tribute to their spectacular services and sacrifices to humanity.

Today, under the campaign ‘Har Ghar Tiranga’, the tricolour has enveloped the country with patriotic beauty. The first-ever ‘Bharat Swaasth Mahotsav’ will be a full-day programme followed by ‘Padma Doctors Congregation’ in the evening to felicitate the Padma Doctors of India for their exemplary contribution to the healthcare landscape in India since independence. In the day-long programme, over 150-200 ‘Healthcare Impact Leaders’ and CEOs/CXOs from across the healthcare industry will be coming together for the knowledge-sharing through five customised niche sessions.

Speaking on the curtain-raiser of ‘Bharat Swaasth Mahotsav’ followed by ‘Padma Doctors Congregation’, Dr Swadeep Srivastava, Founder & Chairman, HEAL Foundation & Co-Chairperson, Organising Committee, ‘Bharat Swaasth Mahotsav’ says, “Despite the challenges of demographic diversity, literacy, remoteness of areas and accessibility India has been up against, the vision, hard work and unwavering commitment of these doctors who put service above themselves have been instrumental in overcoming many of these challenges to making healthcare accessible and affordable to all. Undoubtedly, these doctors are the truest healthcare changemakers that India will be proud of always. And therefore, we are going to organise this gala event to commemorate their achievements and felicitate them for this after 75 years of Independence.”

Referring to the statement of Prime Minister Narendra Modi that ‘Health for Everyone’ is the pledge of New India, and the coming years will belong to those who have invested in health care, Dr Annurag Batra, Chairman & Editor-in-Chief BW Businessworld, Chairperson, Organising Committee, Bharat Swaasth Mahotsav, said, “Considering the essence of commemorating and felicitating the contributions of the Healthcare Changemakers, especially Padma Doctors, we are going to organise ‘Bharat Swaasth Mahotsav’, which is the need of the hour to boost the morale of the gen- new doctors.” 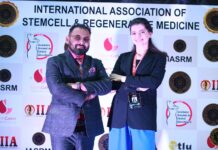 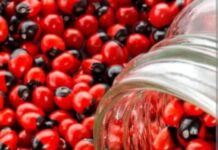 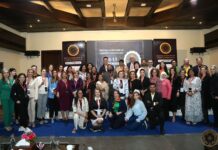