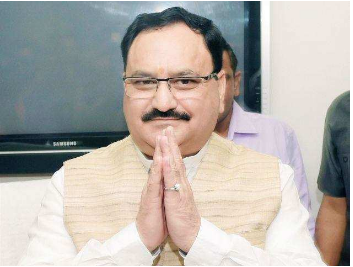 Nadda, the Union health minister, came here to make a field visit where the prime minister will launch the scheme in the presence of Jharkhand Chief Minister Raghubar Das on September 23.

“The scheme is digital, cashless and paperless and will give fillip to Digital India. A pilot project will begin two days before launching of the scheme so that ‘Arogya Mitras’ can start work from their kiosks,” the minister said.

Training of the ‘Arogya Mitras’ is on, he said, adding that altogether 10.74 crore families will be covered under the “Ayushman Bharat” scheme.

The beneficiaries will be given an insurance cover of Rs 5 lakh per family per annum and there is no cap for family members, he said.

Nadda said the Jharkhand government is working on building pucca houses so that kala-azar could be prevented.

The state has taken long strides in the health sector in the last two to three years and the Centre would support its works, he said.

He said foundation stones for medical colleges for Chaibasa and Koderma will be laid on September 23.