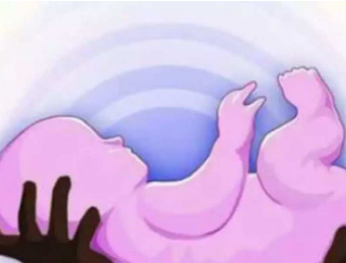 NEW DELHI: Initiating breastfeeding within first hour of birth is crucial to avert neonatal deaths as well as to ensure proper growth and development of a child. Those who began breast feeding between 2 and 23 hours after birth had a 33% greater risk of neonatal death compared with those who began breastfeeding within one hour of birth. Whereas, among newborns who started breastfeeding 24 hours or more after birth, the risk was more than twice as high, a new report by the World Health Organisation (WHO) and UNICEF says.

“When it comes to the start of breastfeeding, timing is everything. In many countries, it can even be a matter of life or death,” Unicef executive director Henrietta H Fore said.

While India has shown improvement by nearly doubling early initiation within a decade, from 23.4% in 2005 to 41.5% in 2015, it still ranks 56th in the tally of 76 countries analysed for breastfeeding access by the two UN agencies.

Even African countries like Rwanda and Malawi have performed better with over 80% newborns initiated into breastfeeding within one hour of their birth. Sri Lanka was the top performer with 90.3% newborns put to the breast within first hour of birth.

According to the report – ‘Çapture The Moment’, newborns who breastfeed in the first hour of life are significantly more likely to survive. Even a delay of a few hours after birth could pose life-threatening consequences. Skin-to-skin contact along with suckling at the breast stimulate the mother’s production of breastmilk, including colostrum, also called the baby’s ‘first vaccine’, which is extremely rich in nutrients and antibodies.

The UN agencies recommend children initiate breastfeeding within the first hour of birth and be exclusively breastfed for the first six months of life – meaning no other foods or liquids are provided, including water. From the age of six months, children should begin eating safe and adequate complementary foods while continuing to breastfeed for up to two years and beyond.

“We must urgently scale up support to mothers – be it from family members, health care workers, employers and governments, so they can give their children the start they deserve.” said WHO director general Tedros Adhanom Ghebreyesus.

Improving breastfeeding practices could save the lives of more than 8,00,000 children under 5 every year, the vast majority of whom are under six months of age.