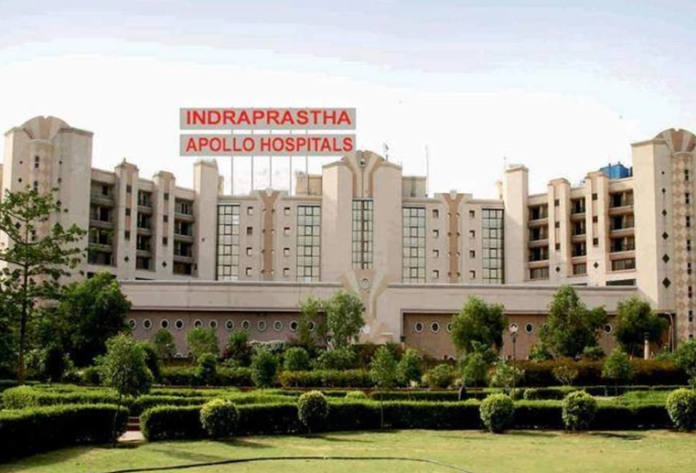 Ms Nusrat Praveen, an aspiring medical student was diagnosed with autoimmune disease. An autoimmune disease is a condition in which the immune system mistakenly attacks the body. The immune system normally guards against germs like bacteria and viruses. When it senses these foreign invaders, it sends out an army of fighter cells to attack them. As a result in 2019, patient developed pain in abdomen followed by vomiting and nausea for which she was admitted in the nearby hospital in Lucknow where she was diagnosed with chronic liver cirrhosis. She was soon referred to Indraprastha Apollo Hospital.

Dr Neerav Goyal, Senior Consultant and Head, Indraprastha Apollo Hospitals said, “The patient was in a critical condition when she first visited Indraprastha Apollo Hospital. Due to the autoimmune disease her left side of the body got partially paralyzed. She also had weakness, breathlessness and was bed ridden. After properly evaluating her medical history we decided for living donor liver transplant. A living-donor liver transplant is a surgical procedure in which a portion of the liver from a healthy living person is removed and placed into someone whose liver is severely damaged. Her father at once agreed for the transplant surgery.”

“The surgical process was successfully performed with high precision and dexterity. The major challenge was to avoid any injury of the major blood vessels or bile duct. The patient tolerated the procedure and post-surgery expert care was offered for healing the surgical wounds and avoiding any kind of infection,” added Dr Arun Venuthurimilli, consultant liver transplant.

Nusrat’s father said, “My daughter is a fighter and we never gave up hope. Dr. Goyal advised that it would be best for her if I donate a part of the liver since I was a perfect match. I at once agreed but the biggest constraint was financial challenge. Dr Goyal was kind enough to help us raise the funds through crowdfunding for the surgery and in no time we managed the required capital. Dr.Goyal and his team saved my daughter and I hope my daughter too will save many lives after she becomes a doctor herself.”