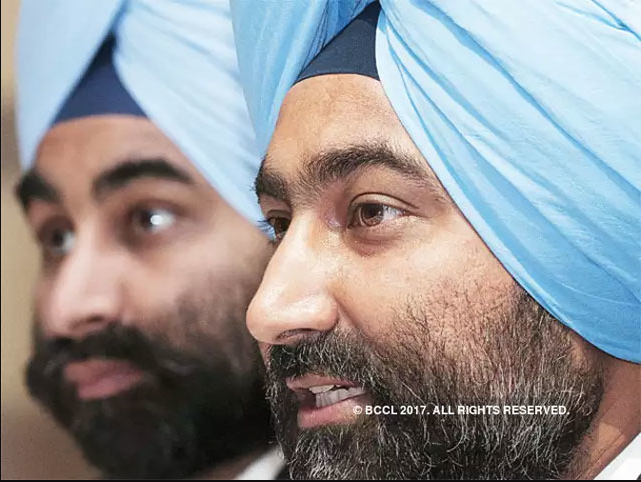 New Delhi: The Delhi High Court has sought a list of all unpledged traded shares disclosed by Malvinder and Shivinder Singh and other respondents so that they can be used to repay Daiichi Sankyo’s Rs3,500 crore arbitration award.

Justice Jayant Nath on Wednesday directed a chartered accountant or court commissioner to prepare a list detailing the all shares traded on the stock exchange that were disclosed by the respondents as part of their unencumbered assets. With the court’s permission, these shares will be sold on the stock exchange and the money deposited with the court towards the repayment of Daiichi’s award.

The next hearing of this matter is on May 8, when a report with these details is expected from the court-appointed chartered accountant appraising the unencumbered assets.

The listed shares could include unpledged shares held by the respondents in entities like Fortis and Religare.

The Singh brothers and promoter groups currently hold less than 1% in Fortis Healthcare. They hold around 3% in Religare Enterprises, but 29.87% of this is pledged, according to Bombay Stock Exchange.

The court has not passed any orders to block any sale of Fortis as of now. Daiichi’s application to stall the process is expected to be taken up on May 14.

Daiichi Sankyo approached court earlier in April to stall a potential sale of Fortis’ hospital business to a consortium of Manipal Health Enterprises and private equity giant TPG after their proposal was approved in March.

Since then, several players like IHH, Radiant Life Care backed by KKR and Hero Enterprise Investment Office in collaboration with the Burman Family Office, have entered the fray for Fortis. An external expert committee is reviewing binding offers for Fortis by Manipal-TPG and these contenders and is expected to submit its recommendations to the Fortis board on Thursday.

Daiichi claimed a deal in Fortis would lead to the disposal of a “key asset” involved in its recovery of a Rs3,500-crore arbitration award that erstwhile Fortis promoters Malvinder and Shivinder Singh are expected to pay.

Daiichi’s “constant” blocking of “any economically accretive proposals” showed that its motive was not to secure the award, but to be “vindictive” and hurt larger stakeholders in Fortis, Malvinder and Shivinder Singh earlier told ET. “Their repeated actions have negatively impacted Indian banks, all our shareholders and employees,” they had said.

Fortis is now a direct respondent in these proceedings after it argued it had not been made a party to Daiichi’s application to stay the healthcare group’s deal.

In January, the high court had allowed Daiichi to enforce its award, granted against the Singhs for allegedly concealing information regarding wrongdoing at Ranbaxy Laboratories when they sold it to Daiichi in 2008.

At the same time, an appeal by the Singhs against the award was heard in Singapore during April 9-13 and the foreign court is said to have reserved its judgment on the matter.

The high court in Delhi has already ordered the attachment of all unencumbered assets, except bank accounts, disclosed to it and has appointed a chartered accountant to supervise their evaluation.