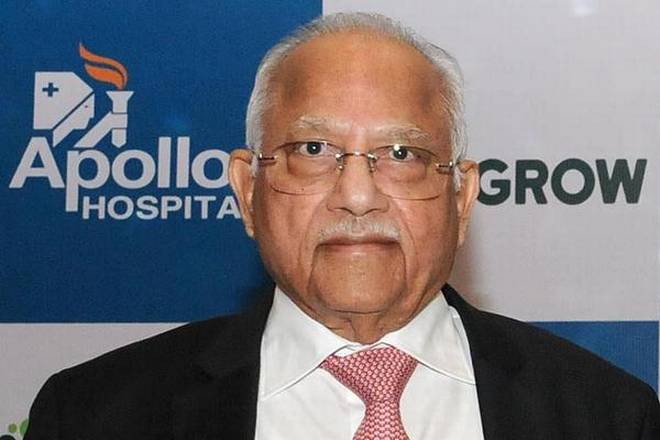 New Delhi: His humility stands out, literally. Dr Prathap C. Reddy, Chairman and Patriarch of Apollo Hospitals always stands up to greet whoever enters his office, it does not matter if it is a minister or housekeeper or anyone else for that matter.

Dr Anupam Sibal, a top paediatrician and Group Medical Director of Apollo Hospitals, has revealed and essayed this unique aspect of Dr Reddy’s humility in his best seller book on parenting ‘Is Your Child Ready to Face the World?’ The book has hit the stand not long ago.

Dr Reddy’s bearing exudes humility, so there are no prizes for guessing that he is a meek person. Even if a complete stranger is asked to assign a quality after seeing him, the answer would invariably be humility. His persona has none of the trappings of a man who is looked at as the Architect of Modern Healthcare in India.

Dr Sibal is so enamoured of this quality of his that he wants his son Devaang to be as humble as Dr Reddy. Dr Sibal sends him to meet Dr Reddy whenever he comes to Delhi so that he can take lessons of humility from him. Dr Sibal ‘makes it point to get Devaang to interact with Dr Reddy as often as possible so that he can observe humility at close quarters and imbibe it.’ Dr Sibal writes, ‘I noticed this habit in humility in 1997, and eighteen years later when Dr Reddy is eighty two years old, I see him still sticking to it.’ He would invariably stand up to conquer. 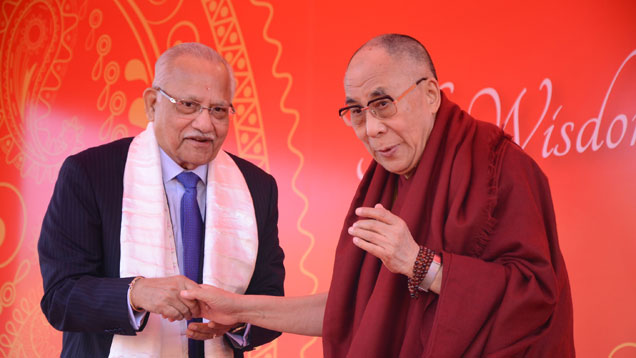 Dr Reddy once painfully temporarily perforce had to give up this extraordinary manner of being on his legs to greet anyone who entered his chamber. A few years ago, had a fall and fractured a couple of ribs. He was asked to rest, but as he loves his work so much, he decided to come to work. The day, when everyone entered his office he apologised for not standing up, saying that he had been forbidden by his orthopaedic surgeon to exert himself.

Dr Sibal has named and described many celebrities as epitome of humility but Dr Reddy stands out among them. He comes as a cut above the rest on this aspect. Dr Sibal writes, ‘Humility is the one that stood out in our first meeting.

Dr Sibal writes in glowing terms about his boss and conscience keeper of sorts. ‘After spending a decade in the US, he returned to India in 1978 when doctors working abroad did not want to do so. He established a busy practice as a cardiologist. As there were no facilities for cardiac surgeries in India at that time, he used to send his patients to the US for surgeries. One of his patients dies before he could raise money for his needed for his surgery, leaving behind a widow and two young children.’

Dr Sibal adds, ‘It was at this point that Reddy asked himself a question. If Indian doctors could excel overseas and provide the best care, why could they not provide such care in India if the best infrastructure and support teams were made available to them. That is when he decided to set up India’s first corporate hospital in Madras (now Chennai). From a 150 bed hospital, the Apollo Hospitlal group has today grown to become one of Asia’s largest integrated healthcare delivery systems.’