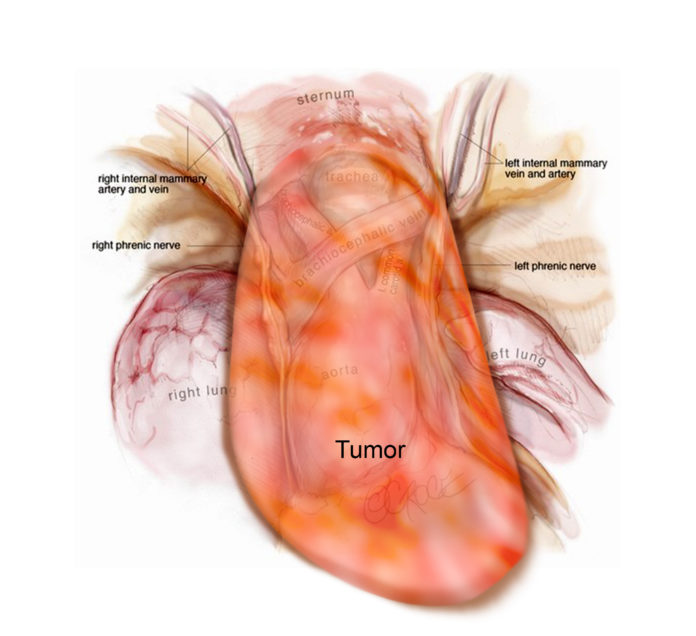 New Delhi:  Heart of 54 year old Iakopo Molotii was under vice like grip of the largest thyroid tumor under the sun. The cancerous tumor was sitting right on the heart. The burden of it was proving too much on his heart. He would gasp for oxygen as breathing had become quite difficult for him. His limbs would go numb. But BLK surgeons meticulously removed the tumor. He was suffering from cough as well.

Moloti, a resident of Tuvalu (Fiji), is now totally fit and can do any activity including playing lawn tennis which he is coach of. From past few years, life had become a drag on him. Free from tumour, he can now continue his love of lawn tennis.

In Fiji, he consulted many doctors but his symptoms were not getting relieved. He was diagnosed to have a large tumour in anterior mediastinum within the chest and was advised to undergo open chest surgery by doctors. After many searches on the internet about robotic chest surgery services in India, he finally got his healing answers at BLK Super Speciality Hospital, where a team of highly experienced specialists removed the largest ever Thyroid tumor within the thoracic cavity , (12×10 cm). This is claimed to be one of the largest retrosternal Thyroid Gland removal surgeries in India through robotic surgery.

First of its kind advanced surgery to remove such a big tumor was performed by Dr. Surender Dabas, Chief of Surgical Oncology & Robotic Services at BLK Hospital and his team involving Dr. Ashwani Sharma and Dr. Navdeep Singh Nanda. The tumor that was removed after a 5 hour-long surgery gave Iakopo a new lease of life. The patient has recovered well and has been discharged after four days of operation. Doctors claimed it to be the country’s largest-ever retro sternal Thyroid gland surgery through the robotic procedure. 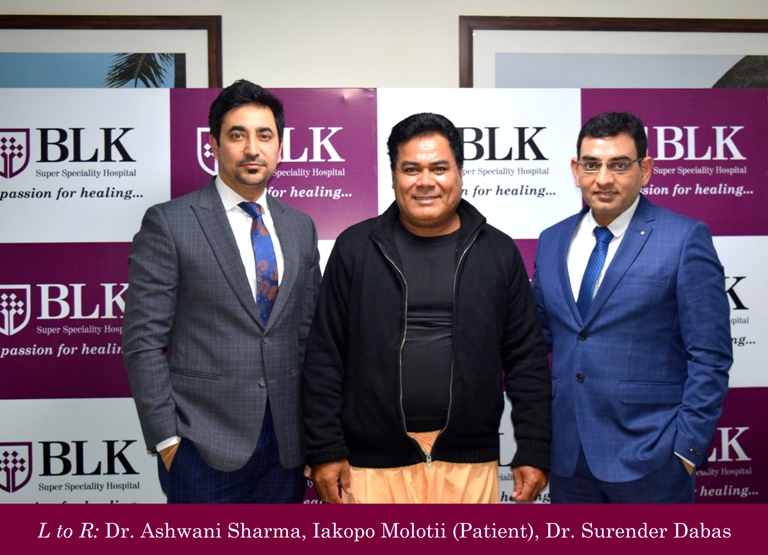 “The Tumor was so big that it was compressing the windpipe and had completely involved the vein of left upper limb with multiple large collaterals over the tumour,” informed Dr. Dabas.

“We investigated him with CT Angiography of chest and CT guided trucut biopsy showing it to be a colloid goitre (benign disease), and it was densely going between main arteries arising from heart” said Dr. Ashwani Sharma – Associate Director, Surgical Oncology, BLK Cancer Centre.

“This tumour could have been removed by cutting the chest bone, but the challenge, in this case, was to remove it with a minimally invasive technique using robotic technology as the patient had especially travelled to India for robotic surgery,” said Dr. Dabas who is pioneer in robotic surgery in India.

The last 10 years have shown a major change in minimally invasive chest procedures for lung and mediastinum diseases. Mediastinal goiters and ectopic thyroids represent rare chest diseases. Such ailments were treated in the past through sternotomy, thoracotomy or combined cervicosternotomy. The evolution of robotic-assisted thoracic surgery seems to offer a valid treatment option also in patients with thoracic and cervicothoracic thyroid correlate diseases.