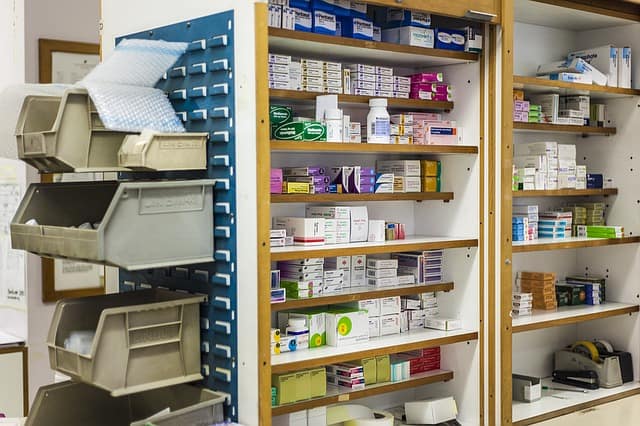 New Delhi : The Drugs Technical Advisory Board (DTAB) has approved a proposal to amend the Drugs Rules to have a provision for display of the picture of the license holder in the retail pharmacy shop. It has also agreed for necessary amendment in the Rules to add 16 drugs to the list of over-the-counter (OTC) products.

The Board, in the latest meeting held in November, 2021, has observed that the practice of medicine is changing rapidly and with these rapidly changing ground realities, the practices of allied professionals such as the druggists and chemists also need to change synchronously.

Several observations were received for improving the current practices at the retail outlets or medicine shops out of which one of the observations was to display the picture of the licence holder in the shop.

A joint meeting was convened by Central Drugs Standard Control Organisation (CDSCO) and Pharmacy Council of India (PCI) with various stakeholders including All India Organisation of Chemists and Druggists (AIOCD), All India Chemists’ and Distributors’ Federation (AICDF) and South Chemists and Distributors Association (SDCA) wherein the observations which required elaborate deliberations were discussed, said the Board.

The proposal was deliberated in the 59th Drugs Consultative Committee (DCC) meeting held on March 2, 2021 and the committee recommended that the Drugs Rules may be amended to provide provision for display of the picture of the licence holder in the shop.

“The Board after detailed deliberation agreed for necessary amendment in the Rules to have provision for display of the picture of the license holder in the shop,” said the DTAB.

Besides, it has also considered the sub-committee report on OTC drugs in the meeting. The 57th meeting of DCC held on August 8, 2019 recommended that the recommendations of the Sub-committee should be considered for suitable amendment in the Schedule K of the Drugs and Cosmetics Rules, 1945 to incorporate necessary provisions for such drugs for providing exemptions from requirements of Sale license/prescription of RMP etc. subject to appropriate conditions. Accordingly, the DCC further recommended that the sub-committee should identify such a list along with conditions and frame a draft for amendments in the Rules.

The sub-committee in its last meeting held on October 20, 2021 deliberated issues with respect to certain drugs along with experts in the field of Pharmacology and Medicine and recommended 16 drugs as OTC drugs.

Copy of minutes of the sub-committee meeting along with the list of 16 drugs was placed before the DTAB.

“The Board after detailed deliberation agreed for the necessary amendment in the Rules in this regard,” said the minutes of the last meeting.

Further, the Board recommended that a proposal for adopting best practices with respect to the dispensing of drugs by various professionals should be prepared for further consideration.